Why do dogs get aggressive?

Dogs often get aggressive when they feel threatened, uncomfortable, and because of their ancestry. They are naturally baiters, hunters, and workers, and aggression plays a part in their success.

Not all dogs are favorable for apartments because they could be too aggressive and not fond of people, often thinking that their owner might be in danger and easily attack. With this regard, more aggressive dogs will make it hard for you to find an apartment.

Nurturing a dog is the owner’s responsibility through training and proper teaching of manners, response, and how to conduct itself when around people through enough socialization right from the puppy phase into youth and adulthood.

Behaviors like stubbornness should not be used as an excuse for a dog to be aggressive and should be corrected immediately. Parenting around dogs can also pose a challenge but as a parent, discourage your child from causing harm or making the dog uncomfortable to avoid attacks.

Choosing and maintaining an aggressive dog in an apartment could prove troublesome, and you could even be rejected in some apartments because of your companion. This list will however help you figure it out fast. Let’s take a look.

Their extreme aggressiveness is evident by the rampant news of these dogs attacking or killing people and they have been labeled one of the most dangerous dog breeds.

Owning one in your apartment will be hard because statistically, pit bulls only make 6% of the dog population and yet are responsible for over 68% of human attacks.

Several states and nations have restricted and outlawed ownership of pit bulls. They inherit this aggressiveness from their ancestry and are still a favorite for dog fights, a practice popular in the United States, despite being outlawed.

Convincing your landlord to have this kind of dog in the apartment will be hard but you need to let him/her before moving in.

Cane Corsos are originally from Southern Italy. They are highly intelligent dogs and their aggressiveness makes them a favorite for guarding and policing. They are easy to train but should also be handled responsibly, lest they get aggressive.

They can easily become dominant and aggressive, and at times even attack. Keeping one in an apartment would be hard and stressful.

This breed can only be allowed in apartments if they are well-trained. Otherwise, Rottweilers can prove to be very unpredictable. Training them helps a lot and they can be very useful as service dogs.

Most caretakers won’t allow untrained Rottweilers into their apartments.

Also known as the puffy-lion dog (Songshi-Quan), the Chow Chow is a Northern Chinese breed. Their outer look could appear cute but not for too long if you are a stranger. They are always aggressive towards strangers.

They are also more careful, especially when it comes to territory manning. They make the best watchdogs.

Training them is, however, easy, especially with a dedicated trainer and owner. This way, you can help it socialize to make it suitable for your apartment. They won’t be accepted into the apartment without proof of proper training.

Akitas are highly intelligent and easy to train.

This Japanese breed is known to be a loyal hard worker, but can at times get very aggressive when tired. After a long day, they prefer having their own space to themselves and should therefore be closely monitored when around kids.

With an Akita as a companion, finding an apartment could be very hard because they are specifically aggressive with strangers and can even at times attack.

They need rigorous training and socialization to be allowed in apartments.

The term Wolfdog is not a specific dog breed but rather a name that is used to describe dogs with wolves’ DNA in their genetic heritage. These breeds are amazing because of the unique features developed from the crossbreeds.

Their behaviors and characters are, however, unpredictable, since wolves are wild, and some could inherit the wild nature of wolves.

If you have a wolfdog for a companion, be sure that you aren’t going to be living in an apartment. This breed constantly needs attention and a lot of room to run around and play, and an apartment won’t give you this.

Their unpredictable nature could also pose attack risks to neighbors.

This little dog breed is highly intelligent, strong-willed, and easy to train. It easily masters instructions and other training and turns out to be a friendly, curious, and adventurous dog.

They, however, have trust issues and could get jealous, easily showing aggression to prove they are the alpha dogs. They can even attack whenever they feel threatened.

This Mexican breed is prized for their courage despite their small size, and they pride themselves being the alphas who in turn want a highly intelligent trainer who will invest his time and energy towards training the little dog as a big dog.

To be allowed in an apartment, the Chihuahua has to be trained and socialized enough not to be aggressive to strangers and discourage dominant behaviors.

The Mastiffs were originally bred in the UK specifically to serve as guard dogs. It is a product of a cross between the now-extinct Old English Bulldog and an English Mastiff. They have specific attention to the boundary, and never hesitate to be aggressive to strangers trespassing.

This breed stands out for its obedience to the masters, proving that they are easy to train, but they need ample space for training and playing.

They are known to be very aggressive, even towards children, and therefore not suited for small apartments, but larger ones could suffice.

They are also indoor dogs because they are prone to heat stroke and heat exhaustion. Furthermore, they are fine with being left alone.

The Great Dane is a huge dog breed known to be gentle, but very aggressive to strangers. They are also highly intelligent and require a consistent trainer to help them out socializing and maintaining them.

Due to their size and the high level of energy, they need vast training space and an apartment does not give that room.

When left dormant without constant training, they could become stubborn and more aggressive, which is not good for both the dog and the neighbors.

Originally from Germany, this breed was developed in 1980 by Karl Friedrich Louis Dobermann. It is an alert and loyal dog that is full of energy.

They, however, require a lot of training to release the high energy in their bodies, and for them to be more predictable because they could bite for no apparent reason when left untrained for a while.

Although they are large dogs with high energy, they can live happily in apartments, provided that they socialize, exercise, and train enough, to know how to handle strangers.

They greatly adore being close to their masters but also need to release their high energy.

The Pressa Canario is originally from the Canary Islands in Spain and was specifically bred for herding livestock. This breed is a highly intelligent massive dog that needs frequent training to release the excess energy in the body, lest it becomes very aggressive towards people and other animals.

This breed can only do well in apartments if they are exercised and socialized enough for exposure to other people and psychological growth.

They are relatively inactive when indoors, so dedicating training time is necessary, otherwise, you won’t find an apartment with this dog as your companion.

The Alaskan Malamute is a very intelligent and hardworking dog breed. You may assume they are the perfect pets because they are calm and child-friendly.

They, however, need constant training to release their body energy, since they are very active dogs, and better socialization to know how to deal with situations and strangers.

They are not, however, recommended for apartment life, because they are fairly active when indoors, and should have some space to exercise.

Failure to provide this, as in the case with apartments, could lead to your dog getting extra aggressive with strangers and other animals.

Can Apartments Discriminate Against Dog Breeds?

Many landlords evade any liabilities and possible incurrence of damaged property by dogs through having in place breed restrictions that prohibit certain aggressive dog breeds from their properties.

Since not all pets are well trained, some landlords may simply evade the risk of being a danger to other animals and people, by banning all the aggressive breeds from their apartments, whether trained or not.

As a pet owner and a tenant to-be, you should not despair. It could be possible for you to explain your dog’s training status and temperament to your potential landlord.

It may be easiest to plainly let them know about your trained dog before booking the apartment, just to save your agreement fee just in case they decline your application because of the dog.

Apply for the unit with a dog resume and insurance attached.

Should You Lie To Your Landlord About The Dog’s Breed?

With all factors considered, you might get lucky and quickly find a landlord that will accept you and your dog into their property.

If in case you find that an apartment has breed restrictions in place, you should make a case to convince the landlord that your dog is well trained and behaved through a dog resume with photos and the necessary information, accompanied by dog insurance that covers the accompanying risks.

If you lie about your dog’s breed and something ends up happening, you could face legal consequences for breaking the terms of your lease.

When living in or moving into apartments, there are a couple of things you should consider in the journey of adopting a pet dog. Depending on the breed you adopt, you may run into problems being accepted into apartments because of perceived aggressiveness of your dog.

You should consider having your dog professionally trained so that you can provide paperwork to your landlord proving that your dog is not aggressive.

To live in an apartment, dogs should be well-trained and socialized to minimize attacks, and for them to know how to handle people and situations. The landlord should also know about your furry friend. 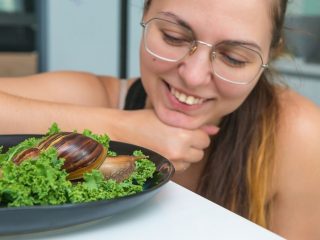 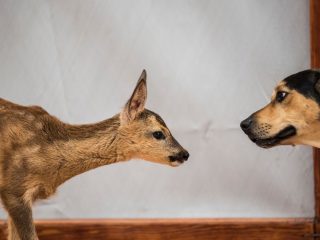