Cats are furry little, sometimes large, creatures that brighten and complete our lives.

They’re generally all cute and gorgeous. But, you cannot dispute the extra sprinkle of cuteness that comes with having blue eyes.

It’s like the icing on the cat ownership cake when your cat has blue eyes.

Generally, all cats are born with blue eyes. However, as they grow older and mature, there is an increase in the production of melanin in their iris, that changes the color of the eyes.

It takes about six to eight weeks for the permanent color of a cat’s eyes to surface. Blue-eyed cats have low-level melanin production in their irises.

As much as we would want our cats to have blue eyes, not all cat breeds present the blue-eyed gene.

The gene is a recessive one, thus, it requires two parent cats who both possess the blue-eyed gene to transfer it to their kittens. If your cat does not possess blue eyes, it’s not their fault. It’s just genetics.

When looking at physical attributes, blue eyes are common in pure white cats and white cats with point markings on their coats.

Blue eyes have been observed in Ragdoll, Siamese, Persia, Birman, and several other breeds.

Some breeds of cats have been reported to have two eyes with different colors.

Blue eyes in cats are not gender specific. They occur in both male and female cats. For instance, the Khao Manee cat sometimes has one blue eye and one grey eye.

The following is a list of cat breeds that have been blessed with blue eyes that can make anyone fall in love at first sight.

These are long-haired cats with sapphire blue eyes, originating from the United States.

They were made as a result of mutation of the Siamese cat. These beauties weigh around 6 to 11 pounds.

They have a  long body and are muscular with large ears giving them a look of grace and elegance.

Their coat is mainly creamy white with unique color points found on the face, ears, legs and tail. They are known to be very playful and affectionate.

These are very attractive cats with eyes an amazing shade of blue that is very hard to resist.

They were once called the ‘Sacred cats of Burma’ as they were believed to be the sacred cats that accompanied the Kittah Priest.

They have colored paws, and their coats are usually gold although they also can be six other colors which including seal, chocolate, blue, red, cream, and tortoise shell pattern.

They are known for being really sweet, loving, gentle and very playful, and are a vocal breed with not so loud meows, making them good companions for kids.

Himalayans were first bred in the United States.

Their body morphology is similar to the Persians, so they are sometimes grouped with the Persia breed, but they are definitely on a class of their own with their different coat patterns.

They posses vivid blue eyes, weighing an average of 10 pounds. They are medium sized with large bones, wide chest and are muscular, making them look larger than they actually are.

Their eyes are round, large and of course blue. This contributes to their beauty. They are affectionate and playful cats, and they easily form strong bonds with their owners.

Their name is of Spanish origin meaning ‘Blue Eyes’.

They are one of the most famous cat breeds with blue eyes. A rare breed still in development, with much of its history still unknown.

They are short haired creatures with eyes a very deep shade of blue.

They possess shiny coats which come in large range of colors. They usually have white marks on their paws and tip of their tails.

Owning one might prove quite difficult as their breeding has been stopped due to the difficulty associated with it. Thus, only a few of them are available.

Persians are one of the most popular cat breeds.

They have one of the sweetest personalities known to cats.

They have a soft silky coat and weigh about 7 to 12 pounds with a sturdy build. They have a bit of a lazy streak as they love to just lie around and enjoy petting sessions.

They have long thick fur coats that comes in over eighty colors.

They predominantly have blue eyes, but they can also be bi-colored, where one eye is blue and the other can be yellow, brown or green.

These are one of the most laid back breeds of cats.

It is very easy to be swayed by their big blue eyes. They usually weigh between 8 to 20 pounds and possess a semi long-haired coat.

They have a very friendly and intelligent nature and can sometimes be likened to dogs as they can perform tricks to get treats from people.

The Ragdoll breed is considered one of the most affectionate cats. They love to be around people and get bored easily when left on their own.

They are very energetic and enjoy being carried around. They are also very easy going. So, it is quite rare to find a Ragdoll with bad temperament.

This breed is one of the oldest cat breeds and is quiet popular in the homes.

They possess almond shaped eyes, pointed coloring with an elegant physique and a very sociable nature. Their stunning appearance makes them look like a cat of the early royal family.

In fact, they were once regarded as sacred cats and were used to watch over and guard the Buddhist temples.

They were also only allowed to be owned by the royal family in the past.

They are very smart and curious creatures that live to be the center of attention.

They are very vocal with quite a loud meow. They are amazing companions and hate being left on their own. They usually weigh between 8 to 10 pounds with large ears and big eyes.

Originating from the United States, they are a rare breed due to the difficulty in their breeding process.

They usually weigh about 7 to 12 pounds and are light bodied with short-haired coats occurring in biege, white or tan colors with dark spots on their face, ears and legs.

Their white coats may darken over time to leave a chocolate brown shade. They have adorable white paws which look like they have been dipped in snow giving them their name.

They have big blue eyes like the ocean in the summer and they are very playful and vocal. The are very affectionate and quiet, sweet-natured, and mellow.

Their sweet nature makes them very compatible with children and other pets. They enjoy human interactions and attention.

They are very active and have an affinity for perching in high places.

They are the oldest breed in England on record. They are strongly built and broad chested with a stocky appearance and short-haired coats that make them look a little like teddy bears.

They are referred to as the teddy bear of the cat kingdom. Their eye colors vary with varying coat colors. Point colored British shorthair have blue eyes, while British blues have gold eyes.

They also have other coloring from copper to gold.

They are intelligent and gentle cats whose lives are best lived in a calm and peaceful atmosphere.

They do not like being carried and are not overly affectionate, however, their curiosity will make them follow you everywhere and involve themselves with everything around them.

They thrive well with children and other pets in a calm household.

As the name implies, they originated from Turkey. They are very rare and are the first long-haired cats in Europe.

They mostly have blue eyes, but, some can also have eyes that are green, gold, amber or bicolor.

They weigh around 5 to 9 pounds, with a shining white coat and a long body. They are very affectionate and friendly and they like being in the company of people.

The Tonkinese breed came as a result of interbreeding the Siamese and Burmese cats.

They possess soft pointed coloring. The kittens of the Tonkinese cats are usually born white, but their permanent coat color become evident after a few days.

Their eyes can be blue, aqua, green or yellow.

The eye color is usually determined by the coat pattern. Aqua eyes are as a result of mink coat, blue eyes a result of pointed coat and green eyes, solid coats.

They are very affectionate, entertaining and playful. They are also known to be very intelligent cats who thrive indoors.

They do not do well outdoors as they lack defensive instincts.

This breed originated from North America. They are known to be large-bodied and powerfully built and their round face and short ears makes them extremely cute and cuddly.

They are affectionate with their owners, and also social with unknown people. The males are considerably larger than the females.

They exists in different patterns and colors such as white, brown, calico, silver and many others. The white coat American shorthair are blue-eyed.

They are long-haired, medium sized cats with hard muscular body, which gives them the ability to perform acrobatics.

They exist in a variety of colors such as, red, cream, and seal.

They are so intelligent that they seem to understand human conversations and will often reply with the appropriate meows.

They are very chatting and they always make their presence known with their meows. Their loyalty is evident in the fact that they follow their family everywhere.

The eye color of the Javanese is either blue or green.

There are a range of cat breeds that have blue eyes.

Each breed can predominantly have blue eyes, or also possess eyes of other colors.

Genetics and breeding is constantly being developed, so hopefully we will have more of these blue-eyed beauties gracing the surface of the earth. 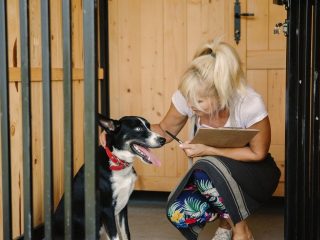 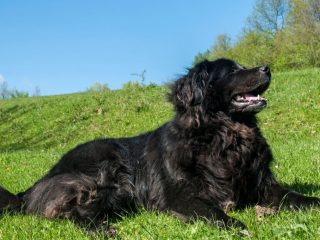