Do Dogs Get Embarrassed? A Look at 7 Dog Emotions

Home » Do Dogs Get Embarrassed? A Look at 7 Dog Emotions

We love our dogs and spend most of their lives trying to understand their language. Dogs are not as complex as we like to give them credit for, though they do deserve more credit than some give them. I know dogs experience some emotions, but I always wondered to what extent.

Do dogs get embarrassed? The science is unclear on this. Some scientists believe they do; others don’t. Scientifically speaking, there is no clear answer, but science doesn’t have the answer to everything either. There is evidence that shows that dogs do get embarrassed, but not the same way we do.

Dogs do, in fact, experience emotions. Anyone who has ever spent time and opened their heart to one of America’s favorite furry companions knows this as fact. They experience fear (most animals do) and love, potentially even hate and jealousy. The big question, though, is if a dog can experience complex or secondary emotions.

The Facts of the Matter – Simple Dog Emotions

Dogs do experience emotions or at least the primary or simple ones. The big question that science has debated is if a dog can and does experience complex or secondary emotions and how do they compare to how humans experience them.

To understand if a dog experiences complex emotions, we need to look at simple ones first and how dogs experience and show them. Since a dog cannot typically speak English (not to say some don’t try) we have to learn to understand their language as much as they work to understand ours and the language of dogs is body language.

If you have ever been a companion to a canine, you know they experience love. I am not talking about just owning a dog, but really being a companion to that dog, which is where the difference lies.

The bond that we call love does exist in the doggie world, the doggie mind and in their furried little hearts. They show us this love in the form of affection, as humans do to each other.

Whether it is snuggling up to you to take a nap, just to be close to you, or giving you a few kisses when you are busy, just to remind you they are there, dogs are experts in affection.

They show love for each other as well. This is evident in both a pack situation and when raising puppies. It’s not always about warmth or cleaning.

Fear is another emotion that we know they experience, and we can see this evidenced in many ways. An abused dog will be likely to tuck their tail and potentially even piddle (releasing urine without squatting or lifting a leg) when confronted by either their abuser or something their abuser has done that reminds them of the trauma.

A dog experiencing fear may cower or hide in a way to try to protect themselves. There is one last-ditch, nothing else seems to work, response to fear that some dogs may try and in our world, this can get the dog killed. This is an aggressive response to the fear. Growling (low, deep, from the chest) and, eventually, biting.

An aggressive fear response can lead to human injury and potentially a death sentence for the dog, simply because it was afraid and the human confronting it couldn’t understand their language.

While sometimes an angry dog can appear as a fearful one, the differences can become apparent quickly. This can lead to what tends to be labeled and “aggressive” dog, but that is not always the case. Anyone who has owned a pack that includes non-related dogs has surely seen anger.

In a pack, you may see what I call an argument between members of the pack. This is usually a 5 second or less confrontation, maybe a bark and a yipe in the mix, but solves itself quickly without human intervention.

There are, however, times that a doggie disagreement can boil over into a full out fight. Similar to human siblings, dogs can get mean with a loved one.

The anger expressed by one or more dogs will result in a fight, even from the best of friends. While I am sure this can happen with siblings, I haven’t personally seen dogs raised together from birth get into these types of fights. They can get serious and human intervention needs to be involved, otherwise one or both dogs can be seriously injured.

This can lead to a human getting bit if precautions are not taken and it has nothing to do with how the dog feels about the human.

This is like a blind rage and because dogs experience emotions so fully, it is one reason why some scientists believe that dogs don’t experience complex emotions the way we do.

Some dogs may appear to experience things like guilt, shame, or even embarrassment. This may be in part to their reaction to what we are doing and how we are acting and, potentially, even what we are feeling ourselves.

I am sure you have seen the youtube videos of a dog being talked down to about something that happened. One dog seems to be acting guilty (avoiding eye contact, looking away, sunken shoulders) while the other dog or dogs in the video seem fine.

While there can be a variety of explanations for these reactions, one of the simplest is reacting to human emotions.

Is it possible that one of the dogs feel guilty for something they did or something that they joined in on doing? Yes, that is obviously one explanation, but it is also possible the dog is simply reacting in that way because of the way the human is speaking or acting.

Shame, similar to guilt, is another emotion attributed to dogs that may not be what it appears to be. Again, I will refer to the youtube videos, and in the case of shame, the dog’s reaction could be nothing more than a response to the human and the body language and tones in the human voice.

As much as we want to believe that dogs understand every word we say, dogs actually usually only understand about 20 to 50 words in our language (whatever language their trainer spoke or taught them).

Dogs are smart, which is part of why we love having them as companions, but it enables them to react in a way that they figure is expected of them.

If this reaction is, in fact, a shameful posture, then they will do that. The tones in the voice, not the words, could be what the dog is reacting to.

They may not feel shame for tearing up the toilet paper roll; they had fun. Just cause a human has issues with it, doesn’t take away the fun they had, nor does it make them feel bad, typically.

Can dogs get embarrassed by a bad haircut or being put in a costume? No, probably not. Although science is still on the fence about if a dog can experience embarrassment, I think it’s safe to say the same animal that will roll in the feces of another animal or play in a mud puddle after a bath won’t be embarrassed by a Halloween costume.

I think, and this is where science is conflicted on the issue, that some dogs may be embarrassed by their actions IF and only if they are not acceptable doggie actions. If it is something that is not socially acceptable in their canine family, then yes, a pup or young dog may feel something akin to embarrassment as a result of those actions. 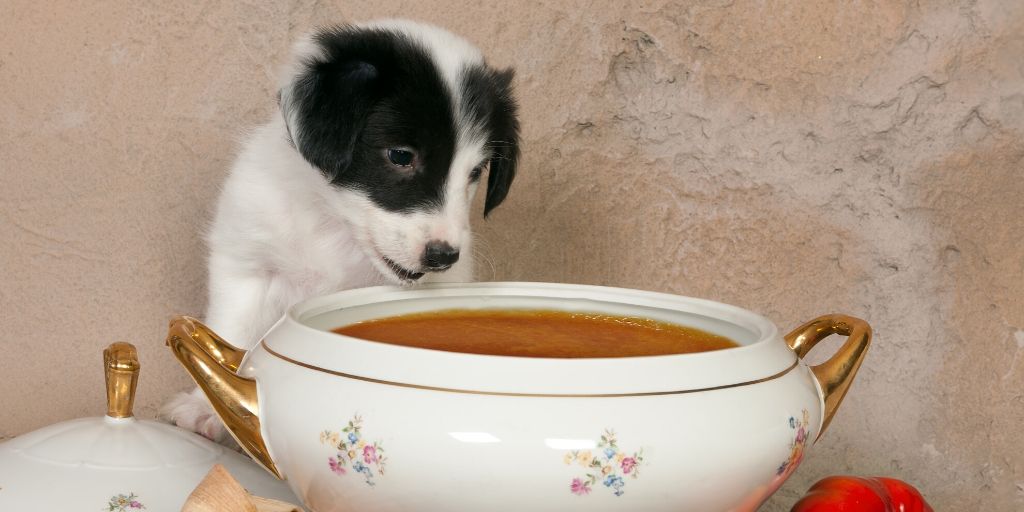 Can Dogs Have Tomato Soup? It Depends!
← Read Last Post 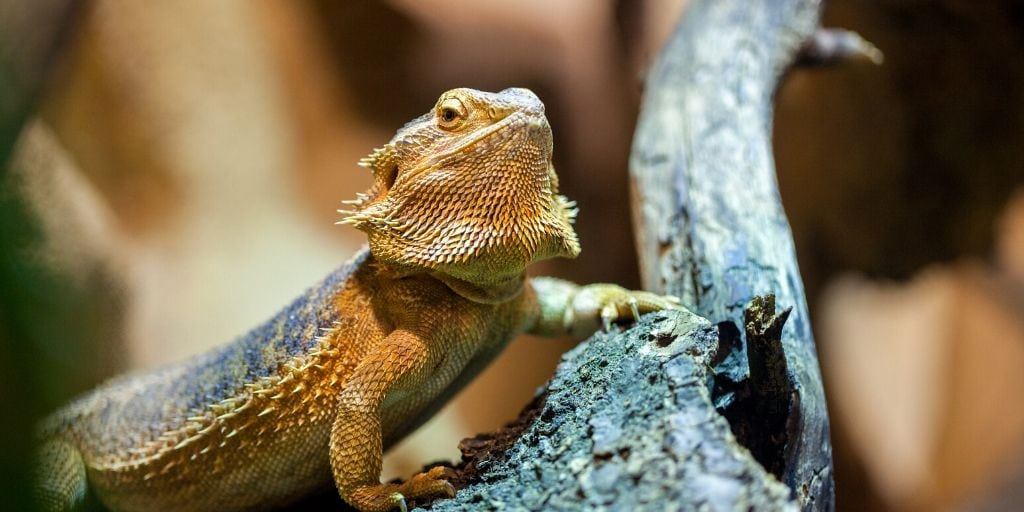