Do Ferrets Smell? Yes! But We Have Tips To Help!

Home » Do Ferrets Smell? Yes! But We Have Tips To Help!

If you are a prospective ferret pet-parent, you might be wondering what owning a slightly more exotic pet would be like. What kind of food do ferrets eat, what kind of habitat do they need to thrive, and are they actually as smelly as people say.

So… do ferrets smell? Yes. Ferrets have a unique musky scent that is singular to only ferrets.  Most animals in the Mustelidae family have their own distinct smells, and ferrets are no exception to this.

There are some solutions for reducing their level of smelliness, but in general, ferrets will always express a certain level of muskiness.

Ferrets have a very unique and distinct scent that is unlike any other. The closest we can get to describing it is to say they smell rather earthy and musky.

Why do they Smell?

Skunks, which are often classified as Mustelidae, spray their ferociously pungent scent when under duress, as a defense mechanism. However, when a skunk is just walking about minding its own business, it doesn’t just waft its terrible smell every second of its life. It only releases its spray when defending itself or marking its territory.

Particularly smelly ferrets may also stink due to their level of cleanliness. If you don’t bathe a ferret enough, it may lead to more of a stench.

However, if you bathe a ferret too much, and that will lead to more pungency (this is due to the fact the excessive bathing produces more oils in their skin to replenish what’s lost in the bath, which in turn leads to more odor.)

Their ears can also be a source of the stench.  When not cleaned enough, they build up an excess of wax, which produces a similar muskiness. Additionally, ferrets can also get rather stinky if they are living in an unclean living environment.

Can you Make your Ferret Less Smelly?

There are certain tactics one can take to reduce the level of smelliness in one’s ferret. Bear in mind, however, that ferret’s will always smell a little bit regardless of which methods you take.

Spay/Neuter Surgery – When a ferret is spayed or neutered, it greatly reduces the amount of odor he or she emits. This is a routine procedure that is also important for a household pet to undergo to prevent your ferret from accidentally mating with another ferret (assuming there is some nearby they have access to.) Much like owning a dog or cat, it is smart to get your ferret fixed at the appropriate time.

Some would also argue that removing a ferret’s glands so that its owner doesn’t have to plug their nose is perhaps not ethical. In fact, some veterinarians, breeders, and ferret shelter aids believe it’s a form of mutilation.

If you want an animal that doesn’t naturally release a displeasing smell, you might re-consider getting a ferret in the first place. Ferrets are a non-traditional pet. If you are worried about the smell, perhaps you should consider another type of pet.  Gerbils, hamsters, and mice are all small pets that don’t have a strong odor.

Bathe your ferret frequently (once a month or so) to reduce the likelihood of unwanted pungency. However, don’t bathe your ferret too often, or it will make their musky smell more heightened.  The number of oils they secrete will only multiply to make up for the oils they lose in their baths. You can use ferret shampoo or shampoo fit for kittens when you decide your pet needs a bath.

Be sure to clean behind their ears. We know it’s a phrase mothers of old used to say–but when it comes to ferrets, this is decent advice. Ferrets ears’ get super waxy, and their ears have a particularly sharp odor.

To this end, we recommend you clean their ears with an ear cleaner that is specifically made for animals. You can use this alongside a Q-tip or cotton swab on the outermost part of the ferret ear.

Do not push the Q-tip into their ear. This is dangerous. You are not a vet, and you could puncture their poor little eardrums. (Clean their ears once a week).

Another way to ensure your ferret is as ‘okay’ smelling as they can be, is to keep their rooms clean. This means cleaning a ferret’s cage, bedding, etc. once a week.

Most of their musky scent that is excreted by the oils in their skin will stay on their bedding and toys they touch, play, and snuggle with. Cleaning these items once a week can alleviate that smell.

Additionally, we recommend changing their litter box at least once a day to keep further odors at bay.

There are products on the market that aim to reduce ferret smell. Certain shampoos advertise to reduce smell, like this FerretSheen 2-in-1 Deodorizing Shampoo.

There are also topical sprays like this Ferret Odor Remover Spray from Marshall Pet Products. However, it should be noted that these products cannot remove the natural oils from a ferret.

These products will, at best, attempt to mask their muskiness. It may help initially, but then you might notice a musky smell combined with whatever odor-reducing fragrance. It will be a kind of a hodgepodge of smells to assault your senses.

The Key Take Away?

If you get a ferret for a pet, you can guarantee your ferret will be a little musky smelling. Getting your ferret spayed/neutered will reduce the intensity of this smell, but the overall cause is due to oils in their skin.

Keeping your ferret’s cage, bedding, litter box, and toys clean will also greatly reduce your ferret’s aroma. Be sure to wash your ferret once a month, but not more than that, as excess bathing can backfire and cause more pungent odor. 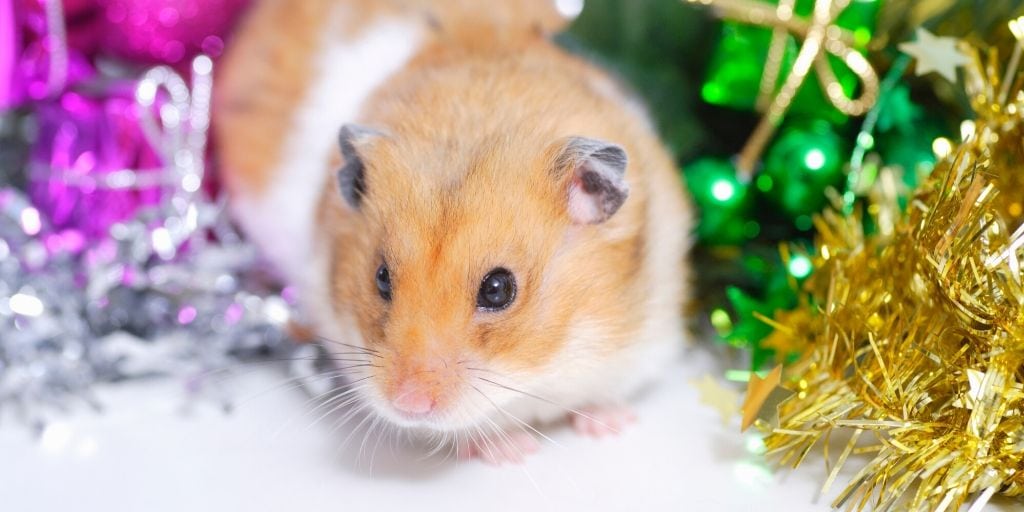 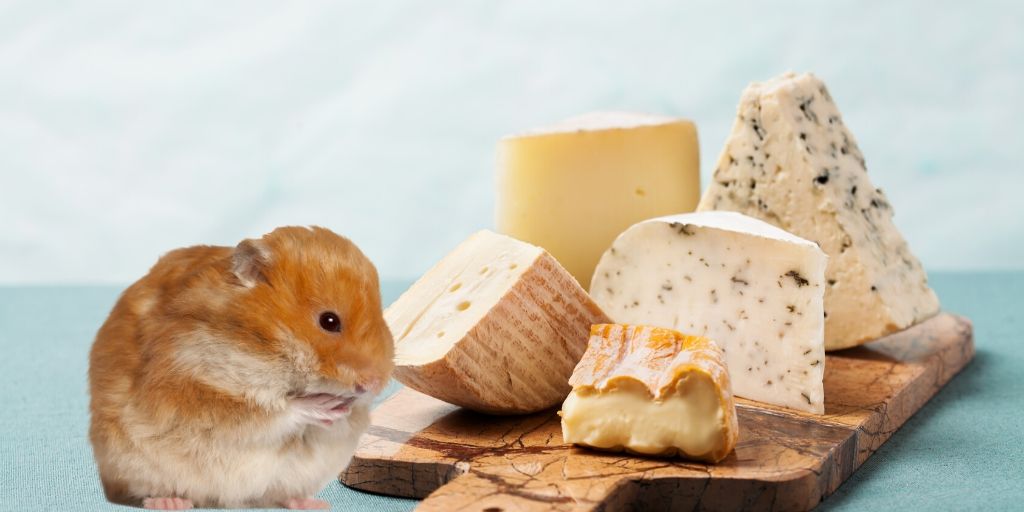 Hamsters and Cheese - Do you know which kind is safe?
Read Next Post →
Click here to cancel reply.