Do Parakeets Need a Partner?

Home » Do Parakeets Need a Partner?

If you are thinking of getting a bird as a pet, you could try out a parakeet.

Parakeets, also known as budgies, are affectionate, playful, and they make great companions.

Plus, they are small-sized. So, they are a great option if you are living in a small house.

It is pretty easy to meet the day-to-day needs of a parakeet; parakeets are generally low-maintenance birds.

But some people overlook their social needs. Like many other pets, parakeets crave attention. This need for attention begs the question of how many parakeets one should have.

So, do parakeets need a partner?

The answer to this depends on how much attention you are able to offer a parakeet. For a person who spends most of the day away from their parakeet, getting a second parakeet is necessary.

But, in a situation where you are around the bird most times, getting a partner is not required.

In all truthfulness, human companionship cannot replace having a second parakeet around. But it is enough to keep a parakeet healthy.

In some cases, getting a partner for your parakeet is not straightforward; there are certain things you should consider. We discuss these things and much more in the rest of this post.

How social a parakeet turns out depends on how well it was socialized and trained.

Like many other pets, if you want your parakeet to be companionable, you have to train it at when it is young.

To train and socialize your parakeet, try out the following tips:

A well-trained parakeet should be very affectionate towards its owner.

An affectionate parakeet may chirp at you. When placed on your shoulder, it will peck softly at your hair or ear.

In all of this, you should avoid exposing your parakeet to a mirror. If it sees itself in a mirror, it may perceive the reflection as another bird.

Consequently, it will start bonding with its own reflection, and you will fall down the pecking order.

Do They Need a Partner?

You may choose to get a partner for your parakeet, or you may let it remain the only parakeet around. Either of these options works fine, depending on the circumstances.

As said already, parakeets are social birds – they do better when they have company. If you are not available most times to keep your parakeet company, it’s best to get it a partner.

The downside of getting a partner for your parakeet is that you will not be its priority. It will be more affectionate to the other parakeet, instead of you.

The upside is that it will not be lonely when you are not around. There will be another parakeet to keep it active and healthy.

When getting a partner for your parakeet, ensure the new bird is healthy. You should get it checked at the vet. This way, you will avoid getting your first parakeet sick.

Once you have confirmed that the new bird is healthy, introduce it to your parakeet slowly. Start by keeping it in a temporary separate cage.

After a period of familiarization, let the new bird visit the old bird in its cage.

With each visit, let the new bird stay longer in the old bird’s cage. Then when you think it is time, let the two birds live together.

One important thing to note is that the cage holding the birds must be spacious. A lack of space might trigger conflicts.

Can the Partner Be a Different Kind of Bird, or Does It Need to Be Another Parakeet/Budgie?

You can partner parakeets with a different kind of bird.

Of course, it should not be a predatory bird. You can keep parakeets with other small birds, including zebra finches, cockatiels, parrotlets, and basically any parrot about the size of a cockatiel.

Larger parrots like canaries, love birds, and the common mynah bird will not get along with a parakeet.

Can You Bond With Two Parakeets?

The truth is two parakeets are less likely to bond with you than one by itself. Nonetheless, you may have a chance depending on how you got the two parakeets.

If you started with one parakeet and bonded with it before you got a second, then both of them might become familiar with you.

However, if the two parakeets came together, they may have already been friends before you got them. Consequently, familiarizing yourself with them might be difficult.

Should They Be Different Genders?

If you intend to get a partner for your parakeet, you should know the best gender pairing for them.

Having two male parakeets works out better than having any other gender combination.

Amongst parakeets, the males are less territorial. So, two male parakeets will most likely get along when placed in one spacious cage.

You may also have a male and a female parakeet. But this pairing might have some issues if the female does not fancy the male parakeet.

In this situation, the female parakeet will harass the male to drive it off. On the flip side, if this issue is absent between the female and male parakeet, they will live together just fine.

As much as you can, avoid getting two female parakeets together.

As we mentioned before, female parakeets are territorial. So, having two of them together in a cage is a recipe for conflicts.

If you do have two female parakeets, place a divider between, or have them live in separate cages.

How to Tell Gender of Your Parakeet

To tell the gender of your parakeet, you have to observe its cere. The cere is the area at the base of the beak and around the nostrils.

In younger parakeets, telling the gender might be difficult.

Parakeets under a year old are not fully developed, so the color of their cere is inconsistent.

However, in older parakeets, the color of the cere is a bit more consistent. A male parakeet should have blue or purple cere – younger males will have bright purplish ceres.

A female parakeet typically has white, pink, or brown cere – younger females usually have white ceres. In general, any color besides blue or purple in an adult parakeet most likely indicates a female.

You may also be able to tell the gender of parakeets apart through their behaviors. Males are more interactive; they sing more and bob their heads more.

Being territorial, the females are less interactive.

After trying the methods above, if you are still unsure of your parakeet’s gender, go to an avian vet. The vet will test the bird’s DNA and give you a conclusive answer.

Parakeets might need a partner if they are not getting enough time with you.

Since they are social animals, they do not tolerate being alone for long periods well. Loneliness can even affect their health and mental state.

If you are getting your parakeet a partner, it’s best to get a male and a male or a female and a male. Female and female partnerships brew more conflicts than the other two types. 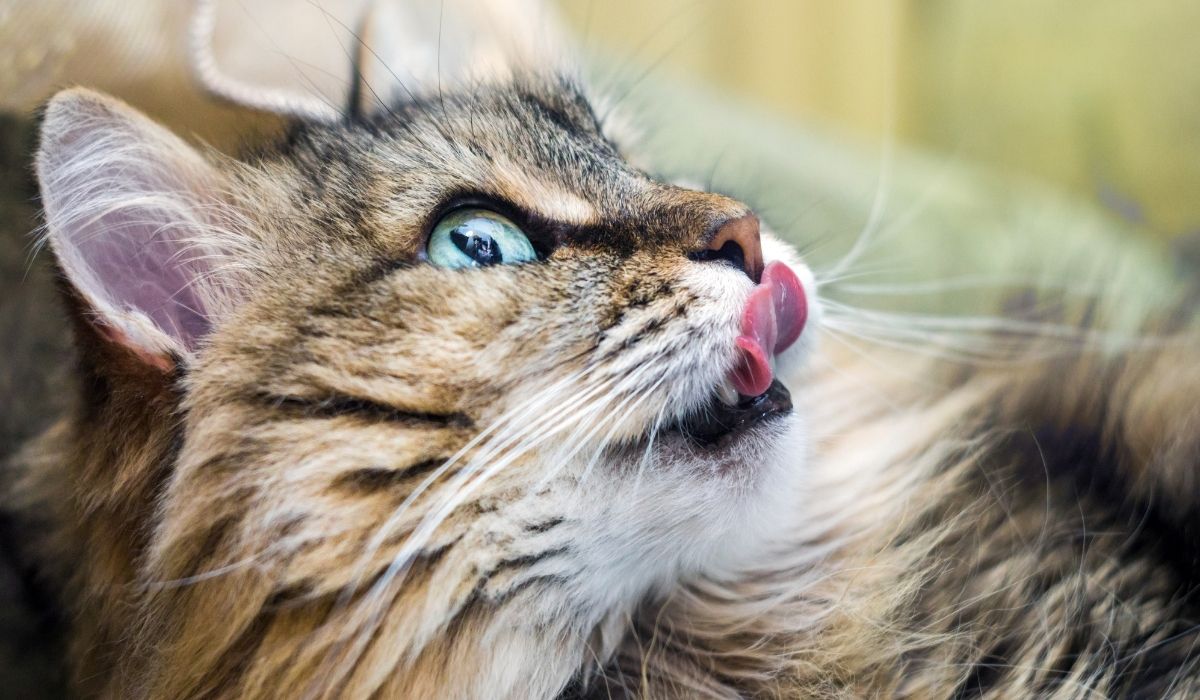 Why does my cat lick my nose?
← Read Last Post 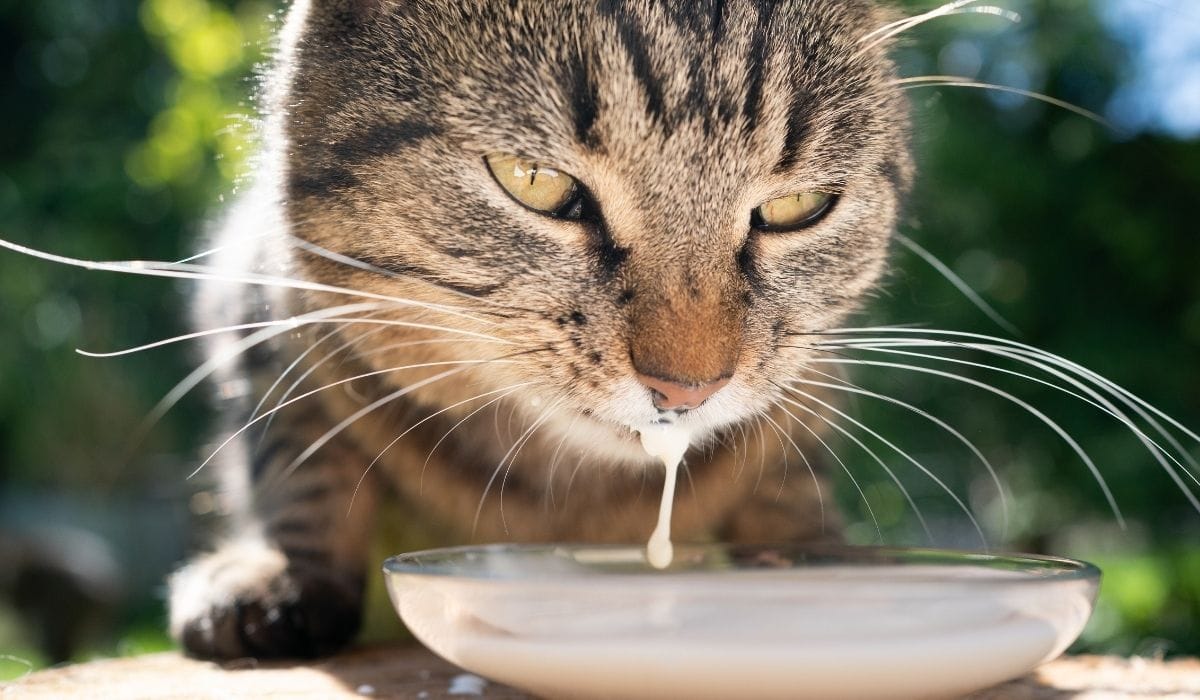