Types of Corgis: Pembroke vs. Cardigan

Corgis are famous for being the Queen’s favorites, but they are the favorites of many of us commoners, too!

Corgis are known for their stout, long bodies, their little, purposeful legs and long-snouted faces that look to be almost always smiling. It’s no wonder celebrity dog lovers like Antoni Porowski can’t resist a corgi! But did you know there are actually two types of corgis?

The breed of ‘corgi’ is not really all just one breed and, in fact, has two variations:  the Pembroke Welsh corgi and the Cardigan Welsh corgi. While they are rather similar (both are corgis, after all) they have some distinct differences that set them apart from each other.

Their height was ideal for doing herding work, as they were just tall enough to safely and easily nip at the heels of the cattle, while still the right height to avoid being kicked in retaliation. (source)

Both versions of corgis have fur that is double-coated. This is essential to a working dog out in the elements; keeping it warm in the cold, protected from the sun in the summer and not prone to tangling or ripping out in the underbrush. That does mean though that both types can shed heavily.

These little dogs are both compact and sturdy. Short legs, stocky bodies, big ears, and thick fur are characteristics of both types. Both corgis have an average life expectancy of 12 – 15 years.

They both are also pretty friendly dogs. They are equally noted for how much they love people and how quick they are to bond with them. In fact, they prefer the company of humans over all else!

Both the Cardigan and the Pembroke are excellent dogs for children – energetic but gentle and always happy to be included in whatever the family is doing.

Both types of corgis are known for being highly trainable and very intelligent. In fact, they are so smart that they can get into trouble if left to their own devices for too long, so training is essential.

Corgi’s enjoy being busy and having a purpose, so training for a job, even if its something small, keeps both corgis mentally happy.

Their herding history makes them inclined to round up pets and small children, and they can get a little carried away sometimes!

They are fiercely loyal and protective and so, despite their smaller stature, are excellent guard dogs. Those big ears pick up on many sounds and their spirit makes them genuinely want to protect a family.

Both versions of the corgi have thick hair. However, they are not high maintenance or hard to groom – rather, the double-coated fur does not require much grooming, outside of regular bathing and basic brushing, about once a week (for brushing) to extract dead and shedding hair.

As their full names suggest, both the Pembroke and the Cardigan corgis originate from Wales. According to the American Kennel Club, they are from different regions of Wales – in fact, they don’t even share a common ancestor!

Cardigans can trace their origins to Cardiganshire in southwest Wales, a rockier region full of rough terrain. Pembroke corgis, however, are native to Pembrokeshire in southern Wales, where the terrain is flatter and easier to traverse.

That’s not where their stories stop differing, either!

Though the corgis didn’t even get officially recognized as a specific breed until 1920, their genetic history is a long one. The Cardigan corgi can trace its roots back to around 1200 B.C.E. and the Pembroke can be traced back to around 1000 C.E.

The Cardigan corgi has ancestors that were brought over to Wales by Druid and Celtic tribes from central Europe, where they really flourished and were purposefully bred. In fact, they share a German Teckel lineage with the also long-backed dachshund!

Those Celtic importers bred the Cardigan corgis in their new home to herd and drive cattle, encouraging an energetic spirit and a strong willingness to work.

As for the Pembroke corgi, their history is less clear. It is known they arrived in Wales around 110 C.E. (some records indicating exactly 1107 C.E.) but there are few different theories about where they came from. (source)

One school of thought is that the Pembroke were brought over to Wales many years later by the Vikings and are, somewhat surprisingly, genetically descended from the Nordic Spitz dogs or the Swedish Vallhund.

Another popular option is that they were brought over by Flemish weavers. (source) A lot of the facts are obscured by folklore and oral legends surrounding the breed. (source)

The name “corgi” itself, too, has competing, unclear origins. One idea behind the naming convention is that the name combines the Welsh word “cor,” meaning “to watch over” or “to gather” (which would make sense with their herding training and nature) with “gi,” a derivation of the Welsh word for dog.

Another theory, though, looks to the word “corgi” as the full Celtic word for dog. From that, Norman invaders adopted the abbreviated slang “cur” to refer to any stray dogs, local dogs or mongrels.

And yet another idea has been researched in that the word “cor” translates to “dwarf” and is combined with the Welsh “gi” for dog, which would also accurately describe a corgi’s look – “dwarf dog”. (source)

Though both versions of corgis are energetic, fun and loyal, they do have different temperaments.

The general consensus is that of the two, the Pembroke corgi is the more energetic and the more outgoing dog. Cardigan corgis, though also happy and affectionate, may take more time to warm up to you and can be more reserved in new situations at first.

Pembroke corgis are almost always ready to go and ready to play, while Cardigans are a touch more laid back and a bit quieter, too. Pembrokes jump into new situations whereas Cardigans take their time.

Always ready for a party, the Pembrokes will happily hop in a car or embark on a long hike. Though they also are certainly up for a trek, the Cardigan corgi is just as happy with a backyard and a quick runaround.

Pembroke corgis are defined by their overly positive, ‘can do’ nature and attachment to their humans. They are ready for anything 24/7 and want to be by their owner’s side.

Cardigans corgis are renowned and respected for their natural adaptability. They are a mix of seriousness and a funny spirit – a yin and yang corgi if you will. They are happy to run around and can be equally happy chilling out on the couch, hanging out with their family.

Often, people looking for a family dog or a companion pet will opt for the Pembroke, because of their less reserved nature. The Cardigan seems to hold on tighter to their working dog roots, while the Pembroke has seemed to embrace fully a new role as a family house pet.

Both dwarf dog breeds, the Cardigan corgi and Pembroke corgi have large heads with large ears, long backs, thick, short legs and a hefty build. The Cardigan, though, is known for having the larger ears of the two – and ears that are also more rounded.

Perhaps the most instantly recognizable difference is the tail. Cardigan corgis’ tails are long, but the Pembroke corgi tends to have a bobbed tail. In fact, Cardigan tails often draw comparisons to foxtails, because they can be long and furry.

The Pembroke tail is stubby and docked close to the body (some occurring naturally, while others are altered by humans through docking surgery).

Basically, the two types are tail opposites. If the Pembroke corgis tail is left undocked and it is not naturally of docked length, it will still grow to be much shorter than the Cambridge’s, as well as carried higher and straighter in the air.

There are also some differences in sizes. Cardigans are a little bit larger and heavier boned. (source)

Male Cardigan corgis can weigh up to 38 pounds (generally within the region of 25 – 38 pounds for the breed as a whole) whereas the Pembroke corgis tend to top out at 28 – 30 pounds, with females, generally weighing around 25 – 27 pounds.

When it comes to bones and build, too, the Cardigan corgis have rounded, heavier bones with a sloped-down rear side. Pembrokes have more oval bones and a hind end that is rather squared-off, resulting in a build that is decidedly less sloped and is more rectangular and straight.

They both have a distinctive double coat, but the Pembroke’s outer coat is often a bit longer in length than the Cardigan’s.

Coat colors also vary from Pembroke to Cardigan. For starters, there are more available (and registry-permitted) coat colors for Cardigan corgis. These colors include brindle, black and white with brindle or tan points, red and sable with white markings, and blue merle.

On the other hand, the only coat colors that are available and recognized for the Pembroke corgi are red, sable, fawn, black and tan. (source)

Cardigans, too, are less restricted in terms of what white markings they can have than the Pembrokes. American Kennel Club breed standards for the Cardigan corgis say that white markings can be present on any coat color, though the dog’s fur should not be predominantly white.

Also, Cardigan corgis are allowed to have blue merles that also have blue eyes, but for Pembroke corgis, that is a disqualifying trait for the AKC.

Like many purebred dogs, corgis come with their own unique set of inherent health risks. (source) They are both predisposed to hip dysplasia and degenerative myelopathy, thanks to their long backs, which wear out and stress the joints and the vertebrae. They can also be prone to developing progressive retinal atrophy (PRA) or urinary stones.

Of the two, though, the Cardigan corgi has fewer health problems than the Pembroke. (source) In addition to the genetic physical problems both corgis are susceptible to, the Pembroke also has risks of catching both intervertebral disc disease and epilepsy.

Despite the fact that the Pembroke and the Cardigan are distinctly different entities, it still was not until 1934 that the American Kennel Club (the AKC) decided to recognize both of them as two separate, unique breeds.

It wasn’t until 2006 that the AKC went the final step and created two separate breed names rather than descriptions, changing Welsh Corgi (Cardigan) and Welsh Corgi (Pembroke) to the more proper and correct Cardigan Welsh Corgi and Pembroke Welsh Corgi.

They have been kept recognized distinctly, too. Aside from a brief period in the 1930s, the two branches of corgis have been kept separate in professional breeding.

The Pembroke and Cardigan corgis are two of a kind, but not really. Despite looking rather similar and originating from Wales, the Pembroke corgi and the Cardigan corgi have histories, physical attributes, and traits that are very much their own. At the end of the day though, both are cute, loving and intelligent, but their unique characteristics and qualities paint pictures of two different dogs. 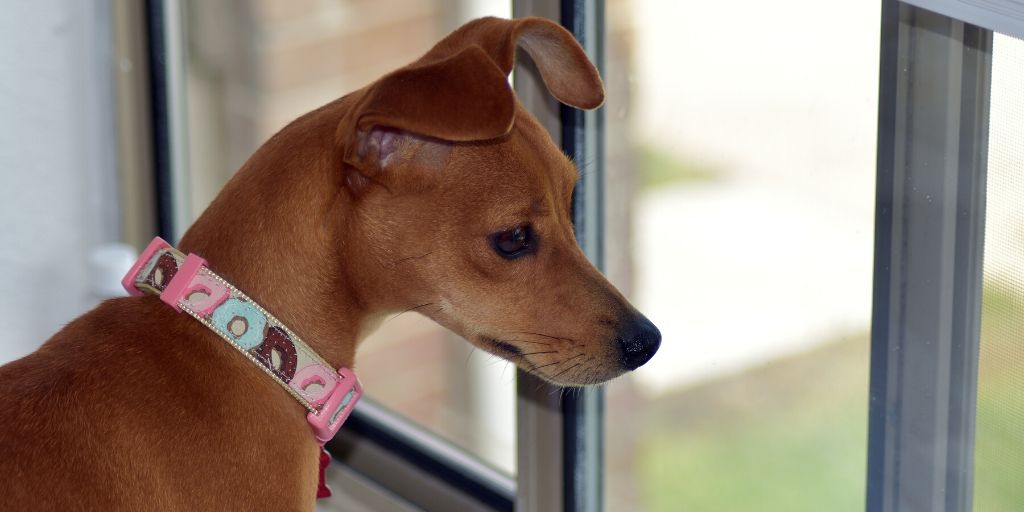 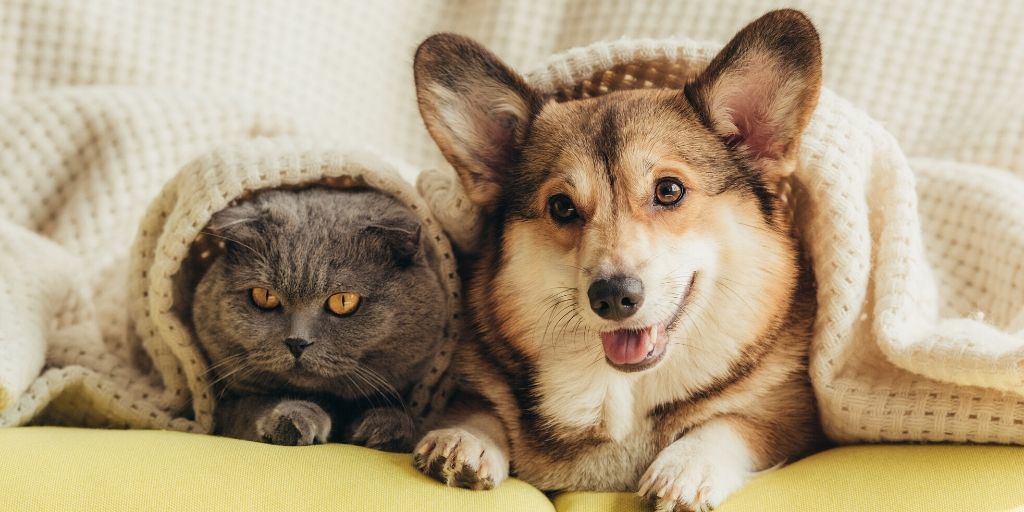