When it comes to animals, from those in the wild to those that we call cute on social media, there is a lot of sympathy for their nature and beauty. One of these aspects is their eye color, which for a lot of animals, maybe blue. The animals with this trait are uniquely beautiful and are a product of great nature.

I have compiled a list of animals with blue eyes, many of them which are common household pets, like dogs or cats. Below, I will tell you what you will need to know regarding their blue eye distinction as well as cool and interesting aspects of them.

Although dogs are serviceable and known as a “man’s best friend,” those with blue eyes really do end up standing out.

One of these breeds is Siberian Husky. They were developed thousands of years ago in northeastern Siberia by the Chukchi, who built these dogs for endurance due to long distances of travel over a mass amount of land area.

Due to their geographical location, they have developed a high physical tolerance and temperament to the cold and are very adaptable with limited resources. Finally, Siberian Huskies can have two blue eyes, two brown eyes, or different color pairs! Their coat also varies in color, from black to white.

Another one that stands out is the Cardigan Welsh Corgi. This breed is known for how alert and dependable it is and was initially bred to manage livestock and farm life. The corgi still exhibits a fantastic work ethic and has won many accolades in dog competitions nationwide.

This is due to their excellent level of obedience and herding. Their coat comes in a lot of shades, including red, black, and blue merle. Other than their blue eyes, the most exciting aspect about them is their agility and quickness!

A third fantastic breed that frequently has blue eyes is the Australian Shepherd. These dogs were actually bred in North America by mixing Australian Cattle Dogs with Border Collies.

They share many of the coloration qualities that we love about the Welsh Corgi, but they are also incredibly smart and easy to train. Just note that this high energy breed needs to be kept entertained. If you don’t have time or extra energy to burn, steer away from adopting this breed.

Cats are another animal that is extremely common in US households. Breeds that include cats with blue eyes are the Siamese, Persian, Javanese, and many more.

In general, white cats with blue eyes get their coloring from the gene called KIT, which has shown that the blue eye trait is one that comes from a cellular issue also related to inner-ear functioning.

Therefore, there is a correlation with cats that have blue eyes with deafness. 40% of cats with blue eyes are deaf. However, do not lose hope.

Sometimes, cats can change their eye color from birth, and this change is usually shown in the 7th week of age.

To tell with full confidence if the cat is deaf or not, stand back behind your cat and clap loudly. If there is a reaction, the cat is most likely not deaf in both ears, and vice-versa. Also, the hearing of an average cat is five times more powerful than that of a human adult.

Ferrets’ eyes should be bright with no whitish areas when near light and even in size. Usually, the iris of a ferret is dark brown, burgundy, or red. Sometimes, however, there will be some with blue eyes depending on the type of ferret.

It is also important to note that ferrets pay almost no attention to visual cues, and it takes a drastic one to make an impact. A ferret will react more to a more complicated visual image rather than a solid color.

In comparison to humans, ferrets see better and in more detail than humans if they are close up. However, due to the spacing in their eyes, they have a “blind spot,” wherein they use their sense of smell to direct them. They are weak in long-range vision.

Ferrets also have varying quality of how they perceive depth — walking off of a table, bookcase, or another type of elevated surface.

What is cool about these creatures is their heightened ability to see in the dark, as it has the great ability to reflect really low levels of light to be more effective in dark areas.

One of the cool things about ferrets is that whenever they feel threatened, they dance! In the wild, they perform a hypnotic sequence that sends their prey into a trance. In contrast, domestic ferrets dance for play. This is done by arching their backs and moving in a sideways motion.

Guinea Pigs are arguably one of the cutest creatures on the planet. Like the other animals, they have varying eye colors, but blue is pretty rare. Unlike their name suggests, guinea pigs do not come from Guinea nor related to pigs.

What is interesting about these animals though, is their lack of sleep. They are awake for 20 hours of the day and spend the rest of the 4 hours in sleep. Due to this, they need constant food, water, companions, and toys to keep them busy, as well as exercise tubes to keep them active.

Good quality feeding hay is necessary to be a part of their diet. It helps them to digest correctly and keeps their teeth at the proper length. Weirdly, guinea pigs are built so that they are adept at burrowing, allowing them to have four toes on their front feet and three in their back ones.

The last on our list are these cute little furry creatures. Unlike many other animals, blue is standard eye color. Their eye color is not that different from coat color in that they stem from either dark or light brown.

However, what becomes their main differentiator is the size of their melanin particles. Eyes that are denser with melanin will be darker, and ones with less look bluer.

However, when rabbits age, their eye color changes in darkness. In particular, their melanin levels increase.

Further, rabbits are very clean and are easy to train, much like a dog. They can be taught tricks and even learn its name.

A rabbits diet mainly consists of grass and other plants, and primarily cellulose-based. Due to this, the rabbits will burp up their feed and re-ingest their feces.

There are so many gorgeous animals on this planet, and they all come in a variety of colors, shapes, and sizes. While we’ve talked about some of our favorite blue-eyed beauties, that does not discount the loveliness of those left off the list. Another thing to note is that, while we’ve focused on cool facts about our favorite blue-eyed pets, we still love those critters with every other color of eyes.

Why Does My Cat Lay in My Spot?
← Read Last Post 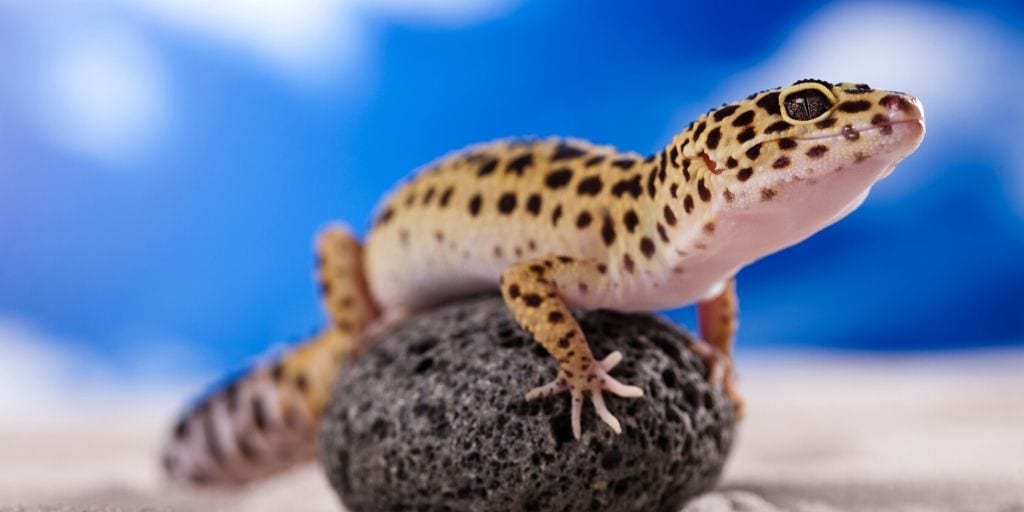