Guinea Pigs Can Sleep With Their Eyes Open – Find Out Why!

Home » Guinea Pigs Can Sleep With Their Eyes Open – Find Out Why!

Guinea pigs are wide-eyed little critters that are always on high alert. Since these furry little guys are often the prey of much larger animals when they’re in the wild, they’re genetically predisposed to actually keep their eyes open at all times. Literally. In fact, the Animal Welfare Association, guinea pigs are even born with their eyes open. (source).

It’s really quite interesting to see a guinea pig asleep with open eyes. And, it opens up the door to a lot of questions. For instance, if they sleep with their eyes open, how do you know when they are awake? I’ve got answers to this and more. I’ve done the research to help explain one of the most curious of guinea pig behaviors.

Why Do Guinea Pigs Sleep with Their Eyes Open?

Guinea pigs used to be wild animals if you can imagine. They’ve since been removed from all of that by humans; now they’re bred domestically for pets, as well as for animal testing.

All of the behaviors that we see in these cute little pets are a result of what they learned in the wild and their inner wild animal that drives them. So, their biology. One of these behaviors is the ability and need to keep their eyes open almost all of the time.

They Used to be Prey

As we briefly mentioned, guinea pigs are small rodents, so when they did live in the wild, they were the prey of bigger animals and birds. They were once native to South America, where they were food for:

Although there’s not a lot of danger within a guinea pigs’ habitat as a pet, that wild animal instinct is still very much a part of their brain. Therefore, guinea pigs are always on the lookout and ready to hide from any potential predators.

How to Tell if a Guinea Pig is Asleep

This brings us to the next question. How exactly do you know when a guinea pig is asleep? With most other pets, you can tell they’re sleeping when they lay down and close their eyes. But, without that telltale sign of the eyes closing, it can be tricky to tell if your guinea pig is asleep or not.

Guinea pigs are notorious movers and shakers. They love to scamper around their habitats, sometimes showing off their signature “popcorn” move, where they run and jump, then jump up and down.

But, when a guinea pig is asleep, he or she will be very, very still. This is not normal for guinea pigs, so if your furry friend isn’t moving around, he or she is probably sleeping.

They like to rest here and there, but again, they’re used to being prey so they can’t completely shut down for very long.

Guinea pigs have such teeny tiny little legs and feet, and they’re usually covered with their fluff, so it’s hard to tell what those little limbs are doing under there. If your guinea pig is sitting still, check to see if there are any little feet poking out of their fur. That’s a giveaway that a nap is underway.

But, a lot of times, guinea pigs will curl up into a little fur ball when they’re feeling sleepy. Of course, they don’t completely relax, because they’re afraid of being eaten, but if they’re really, really tired, guinea pigs will get comfy and cozy.

Some guinea pigs prefer to snuggle up next to a roommate if they’re feeling particularly tired. This is a favorite napping position, but also really, really adorable.

They’ve Got “That” Look in Their Eye

Sleeping guinea pigs look like they’re just staring off into space. While you might think that your pet has spotted a ghost, or they find the ceiling really fascinating, they’re probably just snoozing.

To figure out whether or not your guinea pig is asleep and to learn what they look like when they’re asleep, gently clap your hands. This will wake them up, without causing a major stir. Don’t pick them up while they’re asleep because they may bite.

Guinea pigs really do love attention. That’s why they make such great pets. Most guinea pigs are very concerned with what their humans are doing and watch them at all times.

If you’re being shunned by your guinea pig, and they’ve got that glazed-over look in their eyes, they’re not actually ignoring you. They’re just catching some shut-eye…minus the actual shut eye, of course.

Did you know it’s not uncommon to hear your guinea pig pass gas while they’re sleeping? This is both adorable and slightly gross, all at the same time.

When do Guinea Pigs Close Their Eyes?

When They Feel Safe

If a guinea pig is feeling really, really safe in their own habitat, then they maybe, just maybe, will actually shut their eyes. When they’re 100% sure that there’s nobody around that’s going to eat them, then a guinea pig just might actually close their eyes.

Every now and again, a guinea pig is just pooped, and they just can’t keep their eyes open any more. This rarely happens, since these little guys don’t exert all that much energy and don’t often become over exhausted.

What If Something Gets In a Guinea Pig’s Eye?

A guinea pig’s eyes can get irritated, just like anyone else’s eyes. Or, something in their environment – like hay – could end up in their eye and scratch their cornea. This affliction, occurring in animals that live in hay is common enough to be called “hay poke.” (source)

Since guinea pigs’ eyes are always open, they are at risk for this. The symptoms are an eye that looks cloudy, as gunk develops in their eye to try to dislodge the hay fragment. You may also notice your guinea pig seems to be struggling to keep its eye open.

This video can give you a visual of what it looks like. Take your guinea pig to the vet to help clear up this condition.

Does it Hurt Guinea Pigs to Keep Their Eyes Open?

Imagine keeping your eyes open, always looking around. It sounds awful, doesn’t it? But don’t worry, guinea pigs do occasionally blink. So, keeping their eyes open doesn’t actually hurt. They blink when they need to, but not anymore.

However, they don’t need to blink nearly as much as we do. If you live in an area that’s particularly dry, then your guinea pig might blink more than others, but still not all that often. They’re just wired to not close their eyes unless they absolutely have to. And, for most guinea pigs, they really just don’t need to that often.

Also, guinea pigs are nearsighted, so they can’t see anything far away. Keeping their eyes open most of the time doesn’t affect their vision either since it’s really not all that stellar to begin with. 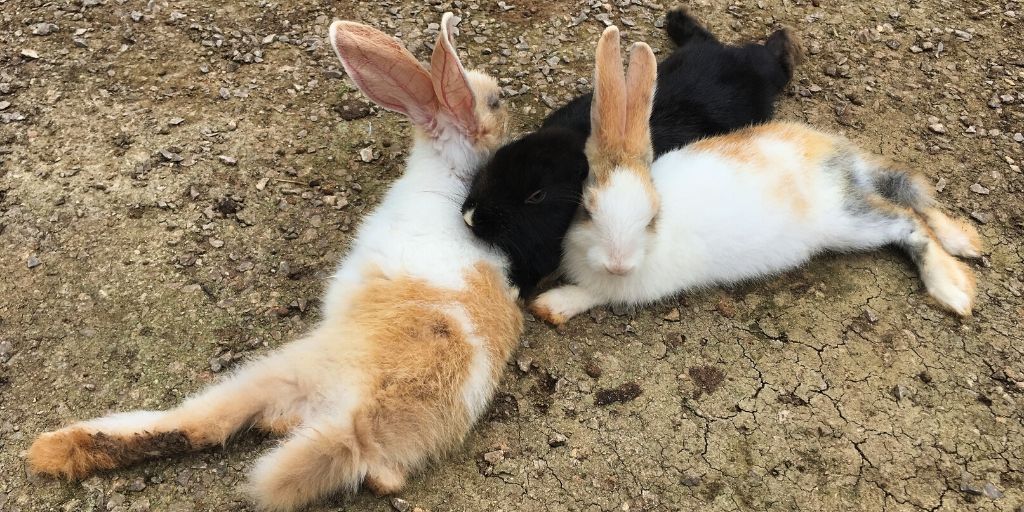 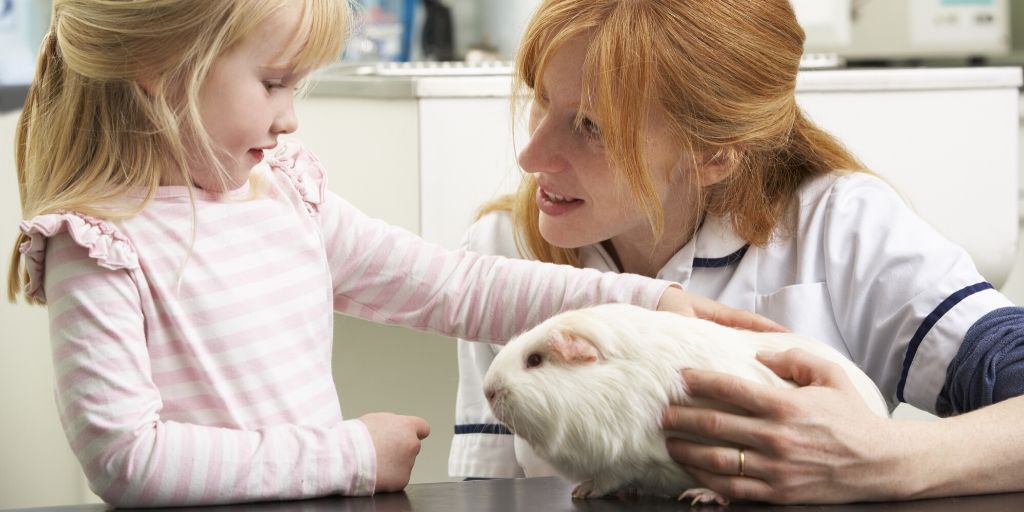