Can a Jack Russell Kill a Cat?

Home » Can a Jack Russell Kill a Cat?

The Jack Russell Terrier is one aggressive dog.

So, if you are going to have a cat around yours, it makes sense to worry about the cat’s safety.

So, can a Jack Russell kill a cat? Yes, they can. Jack Russells were bred to hunt vermin, and that drive remains in them.

So, in a household, they typically harass, injure, or kill the smaller pets, including cats.

Nonetheless, Jack Russells and cats might be able to get along simply fine. It all depends on how they are introduced to each other and how they are raised.

In other words, with the appropriate precautions, one can raise a Jack Russell and a cat in harmony.

We guess that you are itching to know how to make your Jack Russell and your cat get along.

Well, you are in luck as we discuss just that and much more in the rest of this post.

Can a Jack Russell Kill a Cat?

Terriers generally have a prey drive that pushes them to hunt small animals. Jack Russell Terriers are no different from other terriers.

The instinct to go after small animals was instilled in them when they were commonly used as hunting dogs, and it has persisted.

In domestic settings, Jack Russells typically get aggressive with small pets, following their usual prey drive. This is particularly true when the dog is not socialized.

As they show aggression toward these smaller animals, they sometimes injure or kill the smaller pets. So, yes, Jack Russells can kill cats and other small pets.

Aggression from Jack Russells towards cats is even more common when the cat is the newcomer.

If you have had a Jack Russell around for a while, avoid bringing a cat into its environment. The lack of socialization between the animals from birth increases the likelihood of conflicts.

These chances are even worse if the Jack Russell has had a bad experience with another cat at any point.

Besides aggression, the high energy of Jack Russells can be an issue.

Cats love their space and peace. So, if the Jack Russell expresses its hyperactivity around the cat, the cat may get defensive.

The outcome? A brawl might ensue, and it will not end well.

In all of this, we should mention that the personalities of individual Jack Russells differ.

You may find that some Jack Russells will not bother a cat. But of course, trying to find that out by getting a cat around your Jack Russell is risky.

Can a Jack Russell Get Used to Cats?

A Jack Russell can get used to cats.

But it all depends on how they were introduced to each other. When properly socialized from birth, Jack Russells can be loving and friendly, even to smaller animals.

Generally, it is better to avoid bringing a cat, especially a kitten, into a home with an established Jack Russell.

Jack Russells are territorial and possessive, while cats are usually defensive.

In this type of situation, the chances of them getting along is very slim.

In many cases, things will go wrong. All because the dog was not familiarized with the cat when it was younger.

If you want a Jack Russell and a cat to get along, you should introduce the Jack Russell to the cat while young.

The cat should be established in your house. Then later, you can bring in the Jack Russell puppy – not adult.

This type of scenario is the easiest for Jack Russells and cats to get along.

Can They Live Safely With Cats?

Jack Russells can live safely with cats. But you have to set the right environment for that.

Although we said the animals can get used to each other, there can still be conflict in an unfavorable environment.

To ensure that your Jack Russell and cat live safely even after getting used to each other, do the following:

To ensure that Jack Russells and cats live together safely, you must monitor them at all times they are around each other.

Whenever you are unavailable, ensure that both animals are contained.

Better still, ensure the Jack Russell is restricted. This way, there should be no clash between them in your absence.

One way to keep the dog contained in your absence is to place it in a dog crate.

Get the Jack Russell running around regularly. Ensure it gets ample amount of exercise – at least 1 hour per day would do.

This way, it will tire out and be too exhausted to bother the cat.

If you leave the Jack Russell without exercising it, it will have enough time and energy to disturb the cat.

Knowing how defensive cats can be around dogs, their resistance to the dog’s hyperactivity might lead to a dispute.

Even if a Jack Russell is not being aggressive to the cat, it may still bother the cat.

Jack Russell Terriers are high-energy dogs, and they might try to get cats to join in their hyperactivity.

Cats are usually laidback, so that hyperactivity might not come off right with them. This may lead to conflict between the animals.

You can curb this by keeping the Jack Russell busy.

Get the dog some toys – while playing with the toys, it will bother the cat less.

Provide Space for Both Animals

While they might get along, the animals may not always wish to be around each other. They sometimes have to cool off, and you should provide a place for them to cool off.

The cat will most likely find space atop a shelf, table, or some similarly high places. But for the Jack Russell, you can get a crate.

The crate is not a straightforward option, however.

You still have to train the Jack Russell to use it. At first, it might be difficult, but with time, the dog will get used to it.

Provide a Way for the Cat to Escape

If somehow a confrontation ensues between the Jack Russell and the cat, there should be a way for the cat to escape.

An escape route for the cat is the priority here because it is more likely to get hurt from the fight.

One way to help your cat escape a fight between it and the dog is to provide a cat flap.

Best Way to Introduce Them to Cats

As we emphasized a couple of times already, a cat and a Jack Russell should be introduced to each other when the Jack Russell is a pup.

The cat should be established in the house before the puppy comes and should be slightly older. These are the basics of the best way to introduce a Jack Russell to a cat.

Beyond the above, you must put in continual efforts to ensure they get along.

So, in introducing your Jack Russell to your cat, do the following:

Before the puppy comes to the house at all, you should desensitize the cat.

To do this, get a blanket with the puppy’s scent from the breeder.

Present this blanket to the cat and let it get used to the smell of the incoming Jack Russell pup.

In a case where you get the pup before the cat, do the same thing. Get a blanket with the cat’s scent from the breeder and let the puppy get used to it.

Familiarize Them With Each Other

Once you have both animals around, let them interact with each other. At the start, close interactions should be limited.

But with time, increase the duration and frequency of their close interactions.

The more interactions they have, the more familiar they will get with each other.

The higher their familiarity, the lower the chances of them having disputes in the future.

The best time for pups to socialize is when they are 3 to 16 weeks old.

So, as soon as the Jack Russell puppy comes over, let the socialization begin.

You can start with 1-2 socialization cycles per day. Then increase it as things improve between them.

One of the most revered features of dogs is their loyalty. Dogs just want to make their owners happy, and they love when their owners appreciate this.

So, in the process of socializing the Jack Russell pup and your cat, reward positive interactions.

If the Jack Russell interacts well, reward it with a treat to reinforce that behavior. Apply the same practice to the cat.

This point is vital – do not be bias in your treatment of either animal.

Jack Russells are pretty territorial and possessive. So, if they feel like the cat is getting more from you than they are, there might be bad blood between them.

The same thing applies to many cats. Cats can be possessive of their owners too.

If yours is getting less from you than the Jack Russell, it might get jealous. Of course, if this jealousy lingers, it may trigger disputes between them later.

This drives them to be aggressive towards smaller animals, including cats.

While being aggressive with a cat or any other small animal, Jack Russells can kill or injure them. But this does not rule out the possibility of both animals living together peacefully.

If the Jack Russell is introduced to the cat as a puppy and socialized correctly, the animals can learn to get along. 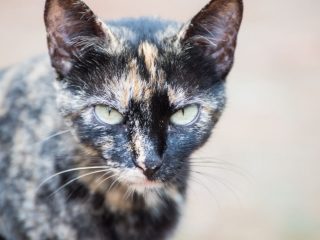 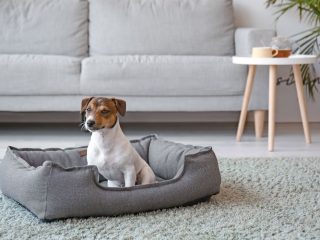