Besides being cute pets with amusing attitudes, cats can come in handy in helping you keep some animals away.

Most people are aware that cats are great for keeping rats away. But it turns out, they can keep even more dangerous animals like snakes away.

This fact might leave you wondering, can cats kill snakes? Well, yes, they can.

Cats are obligate carnivores, and they love hunting. So, if they come across a snake they can kill, they may kill it.

They are particularly drawn to smaller snakes – those about six feet long or less. In the presence of larger snakes like anacondas and Burmese pythons, cats will be the prey.

In this article, we elaborate on the hunter-hunted relationship between cats and snakes.

Cats are obligate carnivores. So, they have to feed on other animals to get all the protein they need.

Cats are also natural hunters – they are quick, smart, and agile, so they are quite efficient at hunting.

They love chasing after their prey, especially when they are small, wriggly, and slithering. They usually hunt their target with more enthusiasm when it tries to get away.

So, it goes without saying that a cat will attack a snake when it sees one, and it is more likely to kill a snake that is trying to slither away.

Most cats will kill a snake, but they might not necessarily eat it.

Whether a house cat or a barn cat, cats can kill snakes. In fact, even if your cat is usually docile and inactive, it will most likely know what to do around a snake.

While cats can kill snakes, they would most likely be unable to handle larger snakes.

In general, their limit is snakes spanning a length of 6 feet or less. Larger snakes like anacondas and pythons would make light work of a cat.

But then, cats would make light work of snakes like rat snakes, corn snakes, gopher snakes, and king snakes.

Cats can kill all types of snakes, including venomous ones.

Their agility and quickness contribute to their ability to elude getting bitten by a venomous snake.

A cat hunting a snake or pretty much any other animal will stalk and circle the target.

By doing this, the cat prevents the prey from escaping.

The cat darts in and out while swatting and swiping at the snake. This way, it avoids getting bitten while attacking the snake.

It doesn’t take much for a cat to kill a snake. Owing to the dirt or debris that may be in a cat’s claw, a scratch could even do the job.

Once the dirt from the claws gets into the snake’s blood, the snake would likely die.

Cats could also stress out a snake till death. Snakes are fragile to an extent, and they are sensitive to stress. So, if the cat stresses them out, their health might become affected, and they may die.

Now, while cats can elude and kill snakes with ease, attacking venomous snakes is still dangerous for them.

While cats are a bit tolerant to snake venom, it could cause serious health issues for them.

So, the best thing for your pet cat is to avoid getting in a fight with a venomous snake.

Of course, you may be unable to stop their hunting instincts. But if you can, you should.

While not highly likely, a cat can get bitten by a venomous snake.

When this happens, you may notice the following symptoms in the affected cat:

The good news is cats are resistant to snake venom compared to many other animals.

So, you should be able to get them to the vet before the bite becomes fatal.

It helps if you can identify the type of snake that bit your cat. But even if you cannot, the vet would give a polyvalent antivenom.

Can Cats Get Sick From Eating a Snake?

A cat can get sick from eating a snake. Of course, when consuming any raw animal meat, there is always the risk of infections from bacteria like salmonella.

But besides this risk, your cat can get sick from eating a snake, depending on the type of snake.

Now, some snakes are venomous, while some are poisonous. Venomous snakes would only transfer their toxins through bites.

Poisonous snakes, on the other hand, become toxic when bitten.

For cats, the symptoms of eating or biting a poisonous snake are the same as those seen when they get bitten.

All in all, if a cat eats a poisonous snake, it could get extremely sick from poisoning.

But if it eats any other type of snake, the ensuing sickness would not be as threatening. The cat may just get an infection or an upset stomach.

No matter how mild things look, you should get the cat to a vet for immediate treatment if it gets sick.

Are Snakes Afraid of Cats?

You might be surprised to know that snakes fear the cute and cuddly little felines.

We know you would prefer to hold a cat in your hands than a snake. But snakes would rather not be around cats.

The speed and agility of cats make them appear menacing to snakes.

Besides, cats outsize most of the snakes they come across. Plus, snakes lay flat on the ground, so cats will appear towering to them.

Then there are those sharp claws that can rip into a snake with ease.

When snakes come across a cat, they will either try to escape or defend themselves. In defending themselves, they will hiss and try to strike the cat.

They may also rear up to make themselves appear huge, and they may shake their tail.

More times than not, the snake will choose to run away instead of defending itself against a cat.

But if the snake cannot escape, it will fight.

It is also thought that the smell of a cat’s pee can deter snakes. The pungent smell of ammonia in their urine may just be enough to send snakes off.

Now, you should know that not all snakes are afraid of cats. Larger snakes like boas and pythons are quite unlikely to fear cats.

All in all, most times, when a cat comes across a snake, the cat is usually the predator.

Cats can kill snakes; many of them with ease.

Their athleticism, sharp claws, and natural hunting instincts make it easy for them to hurt a snake.

On the whole, cats can make light work of small snakes – those as long as six feet or less.

But larger snakes will most likely scare a cat off. 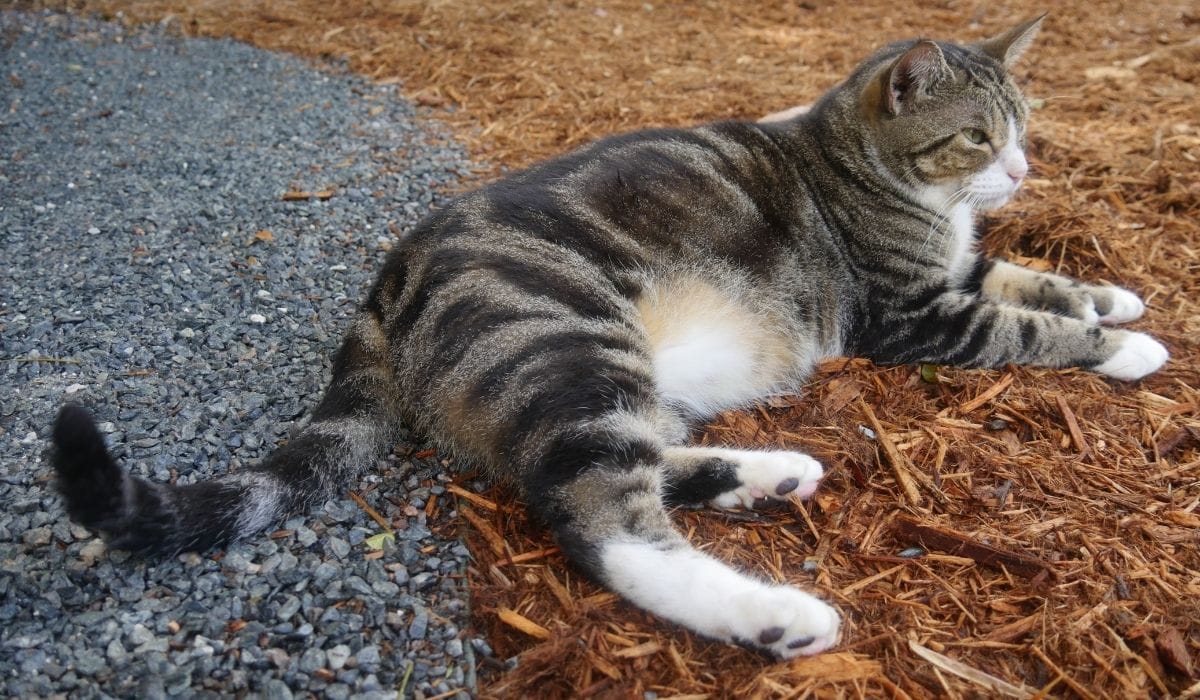 How Much Is a Polydactyl Cat Worth?
← Read Last Post 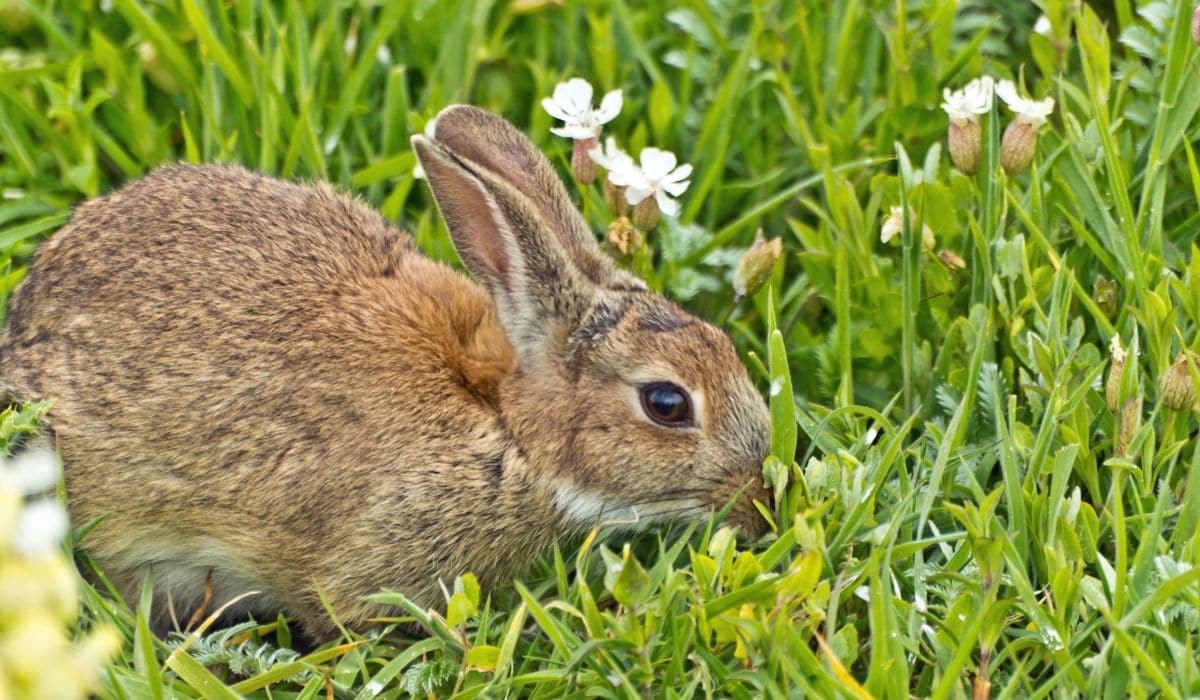 Can You Raise a Wild Rabbit?
Read Next Post →