How Much Is a Polydactyl Cat Worth?

Home » How Much Is a Polydactyl Cat Worth?

Under normal circumstances, cats have 18 toes: 5 on each forelimb and 4 on each hind limb.

But in a unique set of cats, the toe count is more.

Cats with more than the usual number of toes are called Polydactyl cats.

The extra toe may be on one or more paws and is linked to genetic anomalies.

Compared to each other, the toe count is not the only difference between polydactyl cats and normal cats.

The cost of getting either of them differs significantly.

So, how much is a polydactyl cat worth?

The cost of a polydactyl cat will vary according to the breed and the breeder. On average, adult polydactyls may go for between $300 and $800.

But polydactyl kittens could cost as much as $1300.

All in all, it appears that the average polydactyl cat would cost more than a corresponding regular-toed cat.

So, you might be wondering why polydactyls are more expensive and how rare they are.

Well, we shed light on these subjects and much more in the rest of this post.

How Much Is a Polydactyl Cat Worth?

A polydactyl cat’s worth is dependent on various factors.

Some of these factors include the breed, the breeder, and the age of the cat.

As seen online, the average cost of adult polydactyl cats is around $300 to $800.

But the kittens of some popular breed of polydactyl, like the American Polydactyl, cost as much as $1300.

In fact, a cattery that breeds Maine Coon cats sell their polydactyl kittens for as much as $2000.

Besides their extra toes, polydactyl cats come with some features that are distinct from regular cats.

These features contribute to the difference in the price of regular cats and polydactyl cats.

In general, you can expect the polydactyl variant of a particular cat breed to be more expensive than the regular variant of the said breed.

Why Are They More Expensive?

So, you might be wondering why polydactyl cats are more expensive than non-polydactyl ones.

As said earlier, polydactyl cats have some extra features that set them apart. These distinctive features contribute to their relatively higher cost.

Some of the said features include the following:

How Rare Are They?

Polydactyl cats are not rare. The genetic trait that makes cats have extra toes is quite common.

To get a polydactyl cat offspring, one or more parents must have the trait.

The chances are higher when both parents have it. But sometimes, even with 2 polydactyl parents, some of the offspring may have regular toes.

What Percentage of Cats Are Polydactyl?

Amongst Maine Coon cats, the percentage of polydactyls at one point was as high as 40%.

In fact, it is thought that this breed is most likely the origin of the trait.

Maine Coon cats are native to Maine, where the snow is sometimes pretty harsh.

To adapt to the harshness of the snow, the paws of Maine Coon cats increased in size. They also become more insulated, and these changes helped keep their feet warm in the snow.

Polydactyly was one of the traits that gave Maine Coon cats paws an advantage with their increased width and bulk.

Of course, the trait has been bred beyond just the Maine Coon breed.

But the percentage occurrence of polydactyly in other cat breeds is not widely documented.

Nonetheless, you can predict how many kittens you may get from polydactyl cats.

It is estimated that if one of the parent cats is polydactyl, there is a 50% chance their kittens will be the same.

When both parents are polydactyl, the chances are even higher.

That being said, having 2 polydactyl parent cats is no guarantee that every kitten in their offspring will have the trait. They may still have kittens with regular toes.

Is Polydactyly More Common in the Front Paws of a Cat or the Hind Paws?

Polydactyl cats, more times than not, have their extra toe on the front paws. But they could also show up on those at the back.

As earlier mentioned, polydactyly may manifest on one or more paws.

But the cases where the trait appears on all four of them are extremely uncommon, although not impossible.

Do Polydactyl Cats Have Problems?

Polydactyly in cats is not usually associated with problems.

More times than not, it causes no issues except when the extra toes grow at an awkward angle or position.

That aside, polydactyl cats are as healthy as regular cats. They also have a similar lifespan to regular cats.

In fact, polydactyly can be beneficial to cats. Back in time, sailors used to consider polydactyl cats lucky.

They had relatively better balance when on ships sailing through stormy waters. Plus, they were more efficient at catching mice.

They helped rid the ships of pesky rats and mice. So, it is no surprise sailors revered them as lucky.

You may even find that the trait made polydactyl cats better at climbing.

Some of these cats have better grasps due to the extra toe. As such, they can open doors, cabinets, windows, and latches.

Some can even pick things up with relative ease, and they can perform other tricks that may be hard for regular cats.

Is the Trait More Common in Males Cats or Female Cats?

So, you might be wondering if polydactyly in cats tends towards one gender over the other.

The answer is no. The trait is an autosomal one.

In other words, the mutated gene that codes for polydactyly in cats is not located on a sex-specific chromosome.

So, there is no tendency of polydactyly towards any gender. You are just as likely to find a male polydactyl cat as you are to find a female.

You may see or hear polydactyl cats being referred to as Hemingway cats.

If you’re thinking this is because their extra toes make it possible for them to write, you are be mistaken.

Polydactyl cats are called Hemingway cats because of their history with the writer, Ernest Hemingway.

Hemingway was given a six-toed polydactyl called Snowball by his sailor friend, Stanley Dexter.

Hemingway grew fond of the cat and polydactyl cats in general.

Even after his death, his Florida home became home to polydactyl cats.

To this day, Hemingway’s home is a haven for about 50 cats, including polydactyl cats.

How Many Toes Do Polydactyl Cats Have?

Since regular cats have 18 toes, polydactyl cats have at least 19 toes. But they can have even more than that.

The record for the highest number of toes ever on a polydactyl cat is 32.

The cat in reference, Mickey Mouse, had 8 toes on each paw. This case was reported back in October 1974.

According to the Guinness World Records, the current record stands at 28 toes.

This record is held by a cat named Jake.

Polydactyl cats can cost you around $1000-$2000, especially when they are still young.

But other factors like the breed and the breeder may also affect the price.

While the kittens can go for the price above, adult polydactyl cats usually cost around half to a quarter of that range. 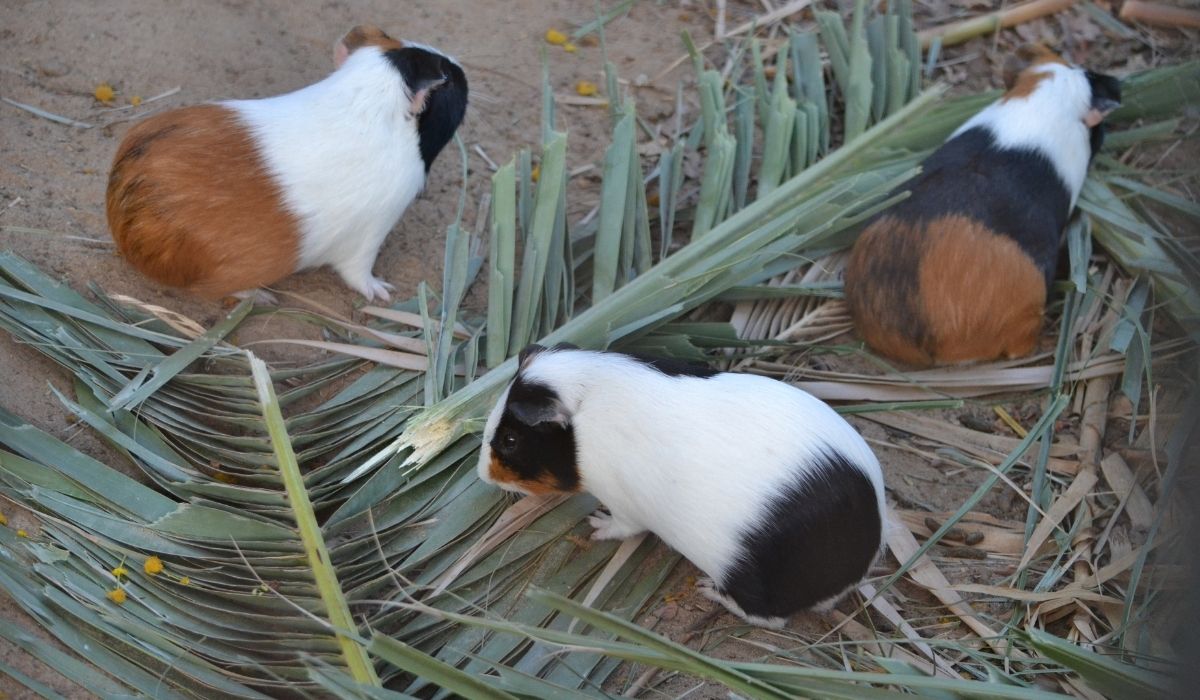 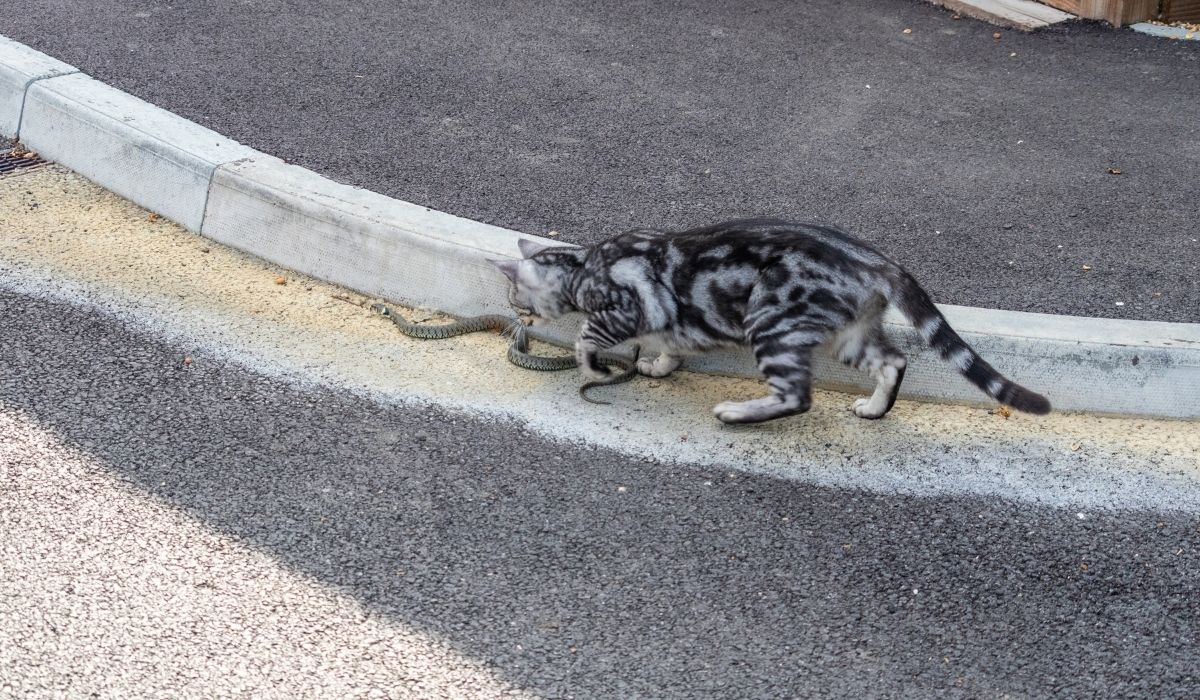