These colors come in different patterns; they can be solid, colorpoint, spotted, or even bicolor.

Cats with bicolor patterns have a combination of white fur and fur of another color in their coats.

Some of such combinations include black & white, cream & white, and grey & white. But in this article, we will focus only on grey and white cat breeds.

As the name implies, the American Bobtail originated in the United States of America.

Individuals from the breed are typically medium-sized to large, and they have a naturally bobbed tail. Hence, the name.

American Bobtails are muscular and athletic. Combine that with their hunting gaze, and you may be convinced you have a wild cat.

But while they might look wild, they are actually affectionate, devoted, playful, and friendly. They love having fun, but they are only moderately active.

American Bobtails come in all types of colors and color patterns, including grey and white.

The American Shorthair also originated in the United States. It comes in all types of coat color and patterns, including grey & white, although silver tabby appears to be the most common one.

American Shorthairs have a cobby body – they are muscular and have heavy boning.

American Shorthairs are typically medium-sized or large. Their weights fall within 8 to 15 pounds, with the males weighing more than the females.

Thanks to their muscularity, endurance, and agility, American Shorthairs are excellent hunters.

In the past, they were used as pest control in pet stores. These days, they still enjoy chasing rats and other small animals around.

American Shorthairs live for around 15-20 years, and they are generally healthy.

They are calm, loving, and they make great companions but do not like being carried although, occasionally, they may curl up in your lap.

The British Shorthair originated in England. They come in various colors and patterns, including grey and white.

The grey and white British Shorthair may also be called British blue.

British Shorthairs can be either medium-sized or large. They are broad-chested and have big, round heads with dense, plush, and short fur.

British Shorthairs are widely adored, and they are loving and easy-going.

They are unlikely to sit on your lap, but they may play and follow you around.

British Shorthairs are independent and do not need a lot of attention and they get along well with other cats or cat-friendly dogs.

The Cornish Rex is an English cat breed. It has a unique coat, which is described as highly soft, wavy, and racy.

Even with the uniquely soft texture of their fur, Cornish Rexes are warm and heavy to touch.

Cornish Rexes are either small or medium with long and slender torsos.

Their heads are relatively small and shaped like eggs, with prominent, chiseled high cheekbones. The eyes of a Cornish Rex are large, and their ears are medium to large and oval-shaped.

Cornish Rexes are highly active so, if you enjoy having cats that run around and are active, you may consider a Cornish Rex.

Cornish Rexes are also affectionate, and they love when you give them your attention.

Devon Rexes are uniquely built; their heads are triangular, faces pointed, and their coats are curly.

Devon Rexes also have ears like those of bats, and their eyes are large and round. Of course, with these features, they are not hard to differentiate from other cats.

Devon Rexes originated in England. They come in various coat patterns and colors, including grey & white.

Devon Rexes are intelligent, playful, outgoing, and active. Sometimes, they can get pleasantly silly, just like dogs. Some refer to them as a cross between dogs, cats, and monkeys because of their personality.

They are generally small, weighing just about 8 pounds. Their coats are typically not dense all over – some spots may even be hairless.

The Egyptian Mau is a natural breed, and as the name implies, they originated in Egypt.

This breed is quite beautiful and rare. It comes with well-patterned spots and short, dense furs.

Egyptian Maus are muscular with moderately-sized bodies. Accordingly, they are pretty active and energetic.

They are also agile climbers, and they balance pretty well, even in some tight spots.

Egyptian Maus are playful, and they enjoy going after birds. They are loyal to their humans and they can get territorial.

Although they are active and playful, sometimes they get shy around strangers,

One interesting fact about this breed is that they stay pregnant for a longer period than the average cat.

The European Shorthair has been around for a really long time.

It originated in Continental Europe and is one of the earliest domestic cats.

European Shorthairs are available in various colors and patterns, including white & grey.

They are moderately sized with short coats. Since their coats are not long, they do not demand extensive grooming.

One trait European Shorthairs are revered for is their loyalty.

But besides that, they are intelligent, friendly, and active. They get along with children and other pets. But they may display territoriality in the presence of other cats.

Foldex is a Canadian breed crossed from the Scottish Fold and the Exotic Shorthair.

Hence, the name Fold-Ex. It is medium-sized, with a short neck and a cute face. You just cannot deny how adorable Foldex cats look.

Foldex cats can have short or long coats, available in various colors and patterns, including bicolor (like grey & white), calico, and tabby.

Foldex cats have round heads and wide eyes.

Not all Foldex cats have the folded ears, however. The chances of a litter of kittens having this trait is about 50%.

Foldex cats are cheerful, intelligent, curious, friendly, and active. On average, they live for 12-15 years.

The Munchkin cat is a naturally mutated breed that originated in the United States.

It has a small-sized stature due to its short legs, which are pretty fast.

Its strides are markedly different from those of the average cat because of the length of its legs. Munchkin cats move more like ferrets.

Munchkin cats are available in various colors and patterns.

Their coat can either have long or short furs. Munchkins typically weigh 6 to 9 pounds.

Munchkins are playful, adorable, outgoing, and intelligent. You might even be able to teach your Munchkin cat commands without much hassle.

Overall, its small size and its personality make it extremely cute.

It is a large cat breed with hairs around its ears and neck, similar to what is seen in lynx.

As implied by the name, Norwegian Forest Cats originated from Norway. The most common coat color is brown tabby. However, grey & white varieties exist.

Norwegian Forest Cats have double coats with waterproof, and this offers some cover from the elements. They are moderately active and adorable. While they do not like to be carried, they enjoy the company of their humans.

The Oriental Shorthair is available in a whole lot of colors and patterns. As their name implies, they have short coats, and conveniently, they groom themselves.

Oriental Shorthairs were developed from the Siamese in the UK and the US. They have almond-shaped eyes, bat-like ears, and long, angular bodies.

Individuals of this breed are pretty intelligent, just like the Siamese. You can even teach them tricks.

Oriental Shorthairs are vocal, sweet, and affectionate. They do better when they are kept alongside another cat or a cat-friendly dog.

Persian cats are high maintenance cats. Their coat comes with long, plush fur, which must be groomed regularly.

They are also available in a number of patterns, except colorpoint. Well, Persian cats with the colorpoint pattern are called Himalayans.

Persian cats can be large or medium-sized, weighing 8-14 pounds.

Persian cats are not very active. Still, they are calm, loving, and friendly, even to children and other pets.

While they might not be highly active, Persian cats are discreetly playful. They typically live for 15 to 20 years.

Ragdoll cats are pretty popular amongst cat lovers. They originated from the United States and can either be colorpoint, bicolor, or mitted.

They can be taught tricks and are generally friendly to everyone. They also love to sit in laps.

Ragdoll cats are typically large, weighing around 10 to 20 pounds, with the females weighing less than the males.

They have unique blue eyes, medium-sized ears with round tips, and a strong neck.

The Scottish Fold originated from Scotland, UK. They come in various patterns and colors, so you will definitely find them in grey and white.

When you see a Scottish Fold, you will notice that their ears fold forward. This is why they are called Scottish Folds.

Scottish Fold may either have long hair or short hair.

They are sturdy and medium-sized, with big eyes.  Generally, Scottish Folds are moderately talkative, playful, outgoing, and loving.

The Van Cat is also called the Turkish Van or Turkish Van Cat. It is big, muscular, and it has a long, thick tail.

They are usually bicolor with a van pattern. The coat of a Turkish Van Cat is silky, long, and soft.

Accordingly, cats of this breed need regular grooming to keep their fur tangle-free.

Van cats are lovable, affectionate, and highly active. They are intelligent, and they warm up well if you are nice to them. 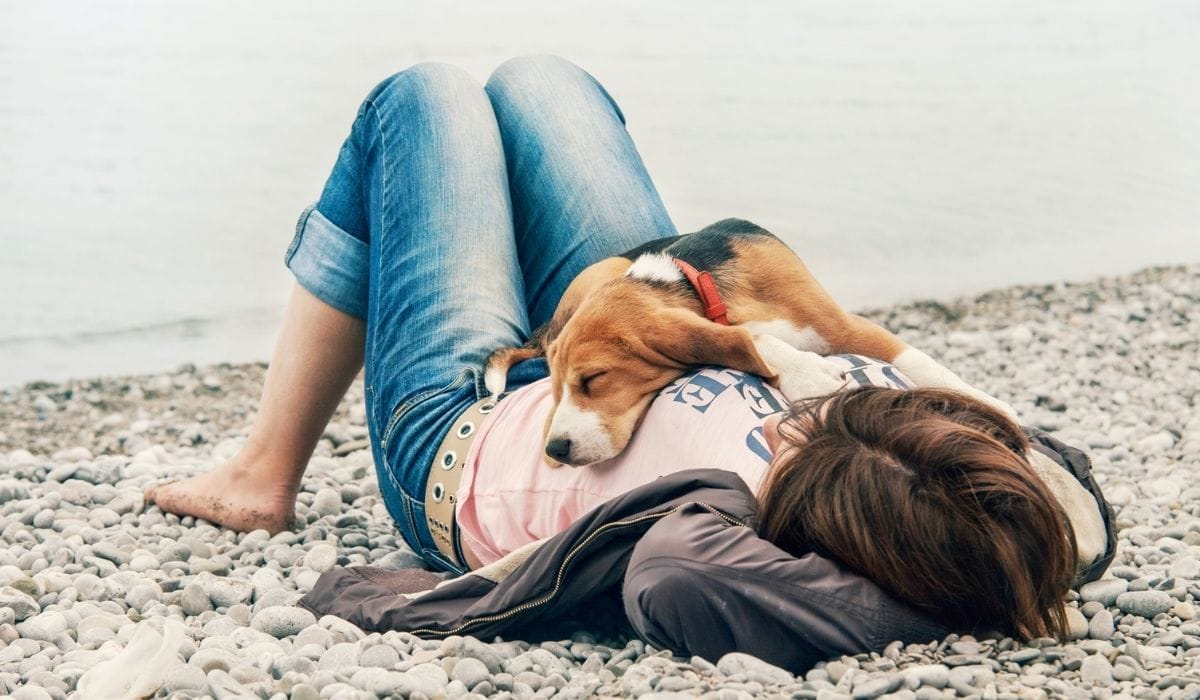 Why Does My Dog Sleep on Top of Me?
← Read Last Post 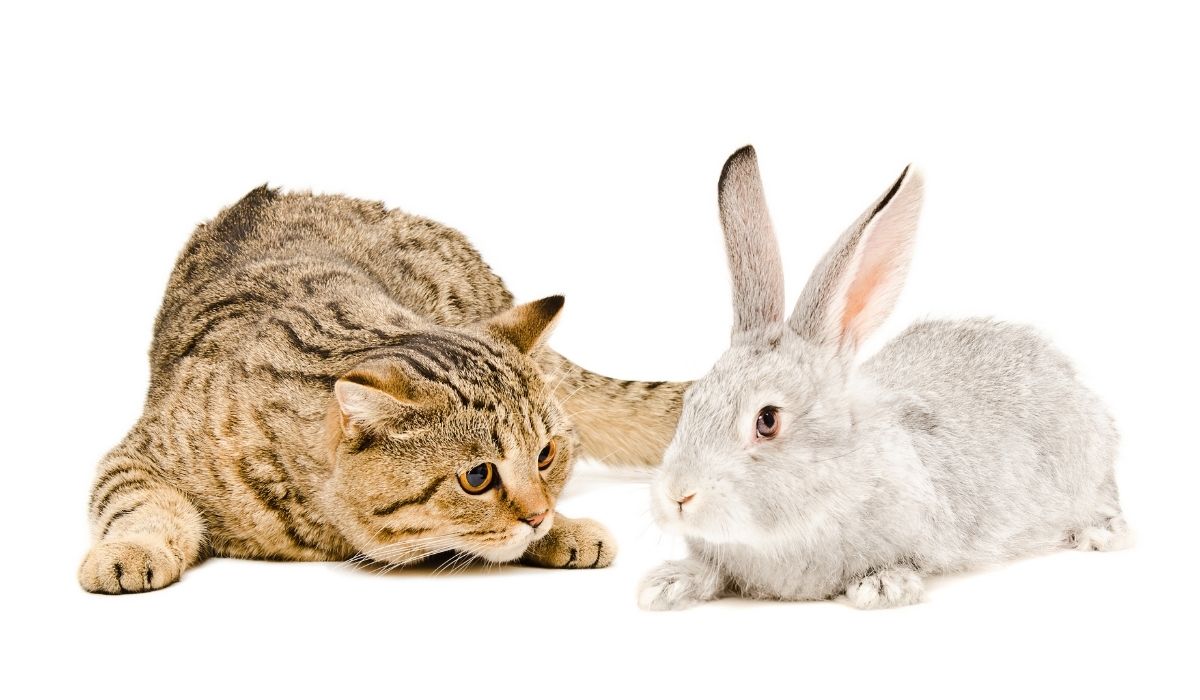