Like their wild counterparts, many domestic cat breeds are excellent hunters.

This hunting prowess is why they are sometimes used to get rid of vermin.

While cats are usually kept as pets these days, the hunting drive remains in them.

They will go after rats, insects, and similar small animals when they want to, even if such animals are not vermin.

Rabbits are small animals, and they are not usually considered vermin.

So, if you have a rabbit and a cat as pets, you might be bothered while wondering if cats go after them. Well, let us see.

Even though some cats pose more danger to rabbits than others. One should always ride on the assumption that all cats are threats to rabbits.

The natural hunting instinct in cats can prevail when they are around rabbits. In line with that instinct, they will attack.

With the answer we gave you, you might be discouraged from keeping rabbits and cats. But this should not be.

There are ways to keep your rabbit safe from cats, and we talk about them and much more in this article.

Both domestic cats and feral cats will attack rabbits.

But feral cats may possibly pose more threat to rabbits than domestic cats.

This aggressiveness may not turn out well for the rabbits they attack. It may also be because feral cats are not as well-fed as domestic cats.

More times than not, domestic cats attack rabbits for fun. They will play with the rabbits and tease them around.

Sometimes, they even groom the rabbits. But this does not rule out the possibility of domestic cats harming bunnies. Remember, they are still natural hunters.

Feral cats are opportunistic feeders and mesopredators. They are known to eat various smaller animals, even rabbits.

So, without a doubt, they will attack rabbits. Even so, the chances of feral cats attacking a pet rabbit are very slim. Feral cats usually avoid human contact, and they are typically nocturnal.

So, it is improbable that they will encounter pet rabbits.

But this is not to say they will not come across rabbits outdoors.

Will a Cat Kill a Rabbit?

Hunting and killing are natural for cats. Even after millennia of domestication, they still retain these instincts. Rightly so since they are obligate carnivores.

Going by their natural inclination, cats can kill a rabbit. But they do not do so every time.

As we mentioned before, cats sometimes attack rabbits for fun. Even so, rabbits may die even when the cats are only trying to play with them.

The thing is, rabbits are sensitive animals. They get stressed easily, and they can die of fright when attacked by a cat.

So, even if the cat does not kill them directly, fear might kill them.

If you feed your cat well, it may leave rabbits alone. But if it does not, it may only try to play with the rabbit. Of course, the chances that it might kill the rabbit remain.

Well-fed cats typically go after rabbits for the thrill.

Then when they kill the rabbit, they might bring it to their owner. In some cases, they may take some bites before offering the dead rabbit to their human.

There are many theories on the reason why cats offer dead rabbits (prey) to their humans.

Some say it is a way to show their hunting skills. Some say the dead animal is a gift, while some believe the cat may be trying to teach their humans how to hunt. It could be anything.

Feral cats, unlike well-fed domestic cats, go after rabbits for the meal.

Feral cats do not have the kind of diet or food supply domestic cats, and they must fend for themselves. So, if a rabbit shows up, it ends up in their belly.

It is pretty easy for cats to kill rabbits. With only one bite, the rabbit may die if they don’t receive medical attention.

As we already said, rabbits are delicate. The claws and mouth of a cat are typically laden with bacteria. So, one bite can make rabbits sick and kill them.

Cats are predators, and to them, baby rabbits or adult rabbits, it makes no difference.

Can a Cat Catch a Wild Rabbit?

Cats can catch wild rabbits. Cats typically hunt by stalking their prey before running and pouncing on them.

All it takes is to locate the rabbit’s nest and attack when the rabbit is unaware of their presence.

However, one advantage wild rabbits have is that they are pretty fast. So, if they notice the stalking cat, they just might escape before the cat pounces on them.

All in all, the likelihood of a cat catching a wild rabbit depends on how well the cat hunts and how fast the wild rabbit reacts.

Will a House Cat Attack a Pet Rabbit?

If a house cat is not familiar with your pet rabbit, it may attack the rabbit.

This is especially true if the said cat is known to be aggressive.

No matter the environment, cats remain predators to rabbits. But this does not mean you cannot keep both animals in the same house. You only have to get them used to living together.

If you intend to keep a cat and a rabbit in the same house, introduce them to each other gradually.

Throughout the introduction period and after, you should always keep an eye on them. Stay around so you can intervene in case there is an attack.

The best time to introduce a rabbit and a cat to each other is when they are kittens. Introducing them early allows them to grow together.

Ultimately, they will grow in an environment that has always had the other animal. To them, the coexistence of a cat and a rabbit is the norm.

You may also introduce them when one or both are adults. But at this point, you have to do the introduction gradually.

Start by placing a barrier between both animals in the first series of meetings. You can keep the cat in a cage while the rabbit runs free, or you can do the reverse of that.

Even with the separation in place, ensure you keep an eye on them. If either of them starts acting up – fear or fright – get them out of the situation before it gets ugly.

Repeat this process, increasing the meeting period each time. If your efforts are successful, they will be comfortable with each other, and you can let them be.

3 Ways to Keep Your Rabbit Safe From Your Cat

Sometimes, the efforts to make rabbits and cats live in harmony do not work. This means you have to keep the rabbit safe from the cat or risk losing it.

So, how do you keep a rabbit safe from your cat? Try out the following ways:

In line with the natural prey-predator order, cats attack rabbits.

Be it feral or domestic, rabbits are at risk of being hunted when a cat is around.

Nonetheless, some domestic cats can get along with rabbits. But this only happens after a successful period of familiarization. 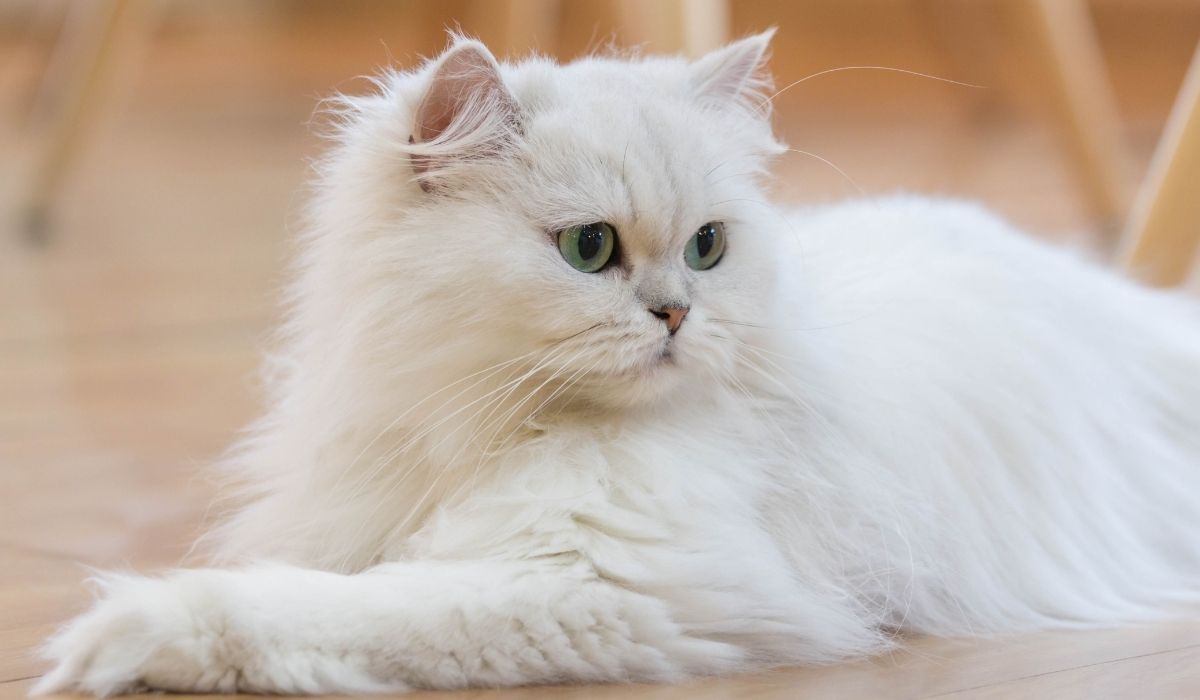 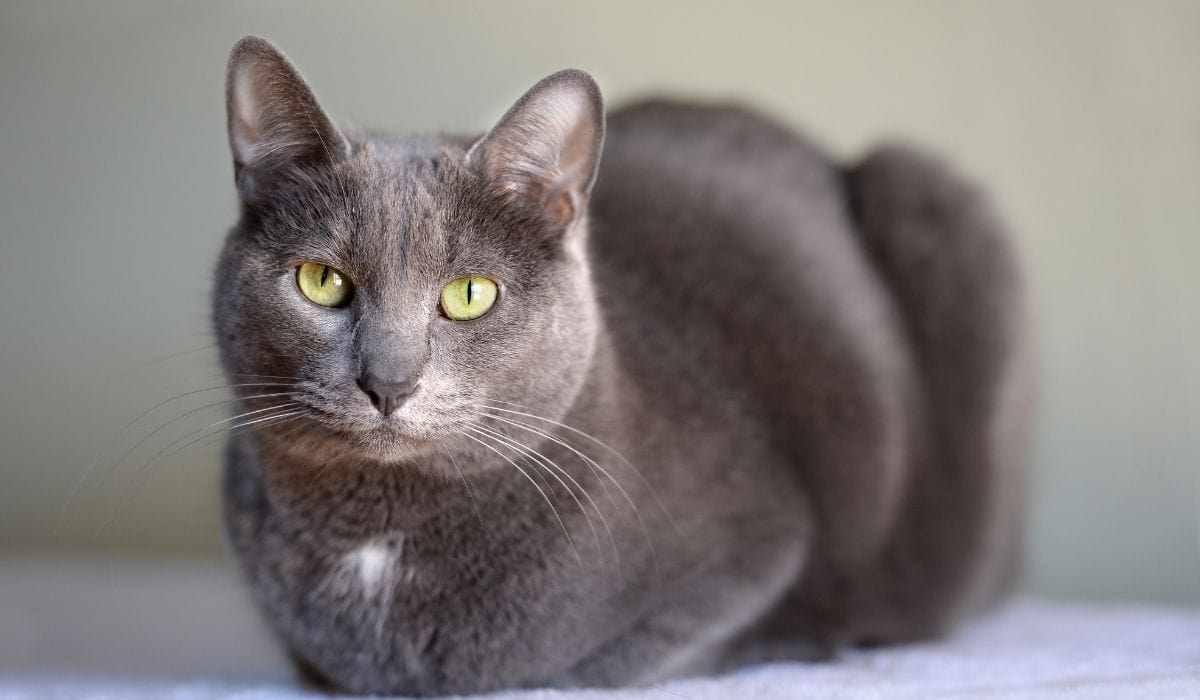